The appellation Blaye Côtes de Bordeaux AOC is reserved for Côtes de Bordeaux wines produced in the Blaye area. This zone of historical importance has grown wine since antiquity and is nowadays known mostly for its soft, well-structured Merlot driven blends.

The small town of Blaye on the right bank of the Gironde estuary - a point of strategic significance for many centuries - is best known for its impressive citadel. Designed in the late 1600s by renowned military architect Sébastien Le Prestre de Vauban, it gained UNESCO world heritage status in 2008. Off the back of this, the influx of tourists has subsequently led to the unearthing of Blaye’s other great attraction - its wines.

Both red wines (Blaye Côtes de Bordeaux Rouge) and dry whites (Blaye Côtes de Bordeaux Blanc) are permitted under AOCs regulations, however it is the reds - as with the whole Bordeaux region - which dominate. With a fraction over five-thousand-five-hundred hectares under vine, only two-hundred-and-seventy-seven are occupied by white varieties. Merlot, Cabernet Franc and Cabernet Sauvignon are the key red varieties with Malbec, Petit Verdot and Carménère playing a minority role, and the white vineyard comprises almost entirely of the three traditional Bordeaux Blanc grapes - Sauvignon Blanc, Sémillon and Muscadelle. Both Colombard and Ugni Blanc are also allowed, but given that these varieties are typically less favoured by consumers, they are rarely used by Blaye’s wine-makers.

The topography of the Blaye district is somewhat more hilly than the flatter, less undulating countryside associated with the Médoc peninsula. Vineyards occupy free-draining slopes along the estuary as well as the high plateaus that reach elevations of seventy metres. The hillside plots are rewarded with lots of exposure to the area’s abundant sunshine - an average of two-hundred-and-forty days per year - and the soils of clay and limestone are perfect for cultivating the appellation’s key grapes.

The red blends of Blaye are fruity, well-rounded and vibrant in both colour and aromas. Blaye whites - based largely around the Sauvignon Blanc variety - are often delicate, crisp and fragrant. Both types can be consumed in their youth or aged for a few years, over which time the reds will develop notes of spice. 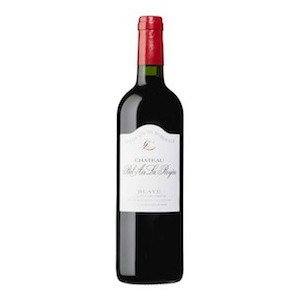 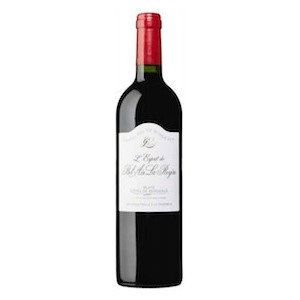 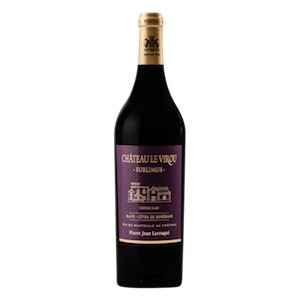 Small winery based in Blaye owned by the Chevrier-Loriaud family, notable for the exploration of Malbec and Merlot blends.

Château le Virou is a very historic estate in the Côtes de Blaye.