Entre-Deux-Mers is a French wine region and appellation d’origine contrôlée in the southwest of the country. The AOC is reserved for dry white wines only, with red wines produced in the same area sold under the generic Bordeaux AOC or Bordeaux Supérieur AOC labels. Other, more specific appellations within the same geographic restriction include Cadillac and Sainte-Croix-du-Mont (both applied to sweet wines).

One requires only an elementary understanding of French to appreciate the location of this appellation - Entre-Deux-Mers - literally between two seas - refers to the tidal rivers Dordogne and Garonne which bind the area to the north and south, and influence its microclimate by moderating temperature extremes in summer and winter. Soils of sand and clay dominate, and vineyards occupy plots at various elevations.

Perhaps the largest of Bordeaux’s sub-regions by area, Entre-Deux-Mers’ lush rural landscape of rolling hills, woodlands and unspoilt countryside punctuated by picturesque villages, leaves only a fraction of its area suitable for viticultural activity. That said, the appellation still boasts two-thousand-four-hundred hectares under vine, shared by more than two-hundred wine-makers, and some gloriously grand châteaux.

The AOCs vines comprise of the Sauvignon Blanc, Sémillon and Muscadelle grapes, which subsequently yield wines which are crisp, aromatic and fruity. These wines are usually best consumed in their youth (within two years of vintage) although some have proved capable of ageing very well. By law, the minimum alcohol content of Entre-Deux-Mers’ wines is 11.5%.

The viticultural history of the area over the last one-hundred years or so has shown red wines (sold under the afore mentioned Bordeaux labels) to be more commercially viable than whites. Such that, during the middle of the last century, many wine-makers tore up their previously successful white vines in favour of red. However, in recent decades, demand for fresh and fragrant, good value, dry white wines has led to an upsurge in interest in the Entre-Deux-Mers appellation. An increased focus on quality and saleability is paying dividends here, and whilst the wines are no match for the estates of its esteemed neighbours, they are nevertheless securing a place for themselves in a busy market place. 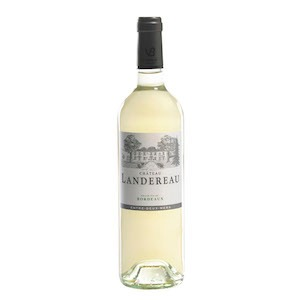 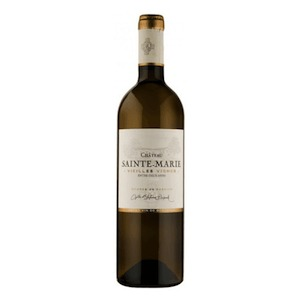