One of Napa Valley’s smallest AVAs, Diamond Mountain District is renowned for its elegant Cabernet Sauvignon varietals. Smooth, well-structured and bursting with dark fruit flavours, these wines are often hailed as being amongst the very best in California.

Officially recognised as an AVA in 2001, Diamond Mountain District occupies around two-thousand hectares of ruggedly beautiful land in the northwest of Napa Valley, with around one tenth of its area planted to vine. All of the vineyards here are at an altitude of more than one-hundred-and-fifty metres above sea level with many sites significantly higher. Owing to their elevation, Diamond Mountain grapes escape the influence of the cooling fog from San Pablo Bay and enjoy more direct sunlight exposure than Napa’s lower lying appellations. Rocky slopes of fine, free draining soil - containing shards of volcanic glass that give the area its name - complete a perfect terroir for producing rich, well balanced fruit and subsequent high quality wines.

The first vines were planted in this area by Joseph Schram in the 1860s and the viticultural pioneer’s name lives on today at Schramsberg Vineyards in the neighbouring Calistoga appellation. In keeping with the trend across the state however, the area now known as Diamond Mountain District saw its industry thrive and then fold, before starting the second wave of its wine journey in the 1970s. Today the AVA is famed for its opulent, oak-aged wines which command high praise from critics, collectors and consumers.

As well as the principal Cabernet Sauvignon variety, a number of other grapes have been found to flourish in Diamond Mountain District AVA. Amongst these, the Bordeaux dark-skinned varieties Merlot, Cabernet Franc, Malbec and Petit Verdot are perhaps most established, along with some Zinfandel and a scattering of white grapes such as Chardonnay, Sauvignon Blanc and Grüner Veltliner. 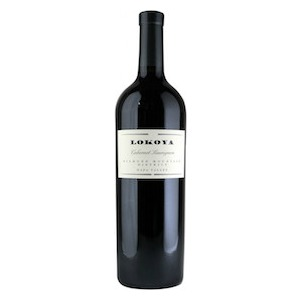