Yountville is an American Viticultural Area named after George Calvert Yount who founded the town around which the appellation is centred and planted the first vines here in the mid-1930s. Most synonymous with single varietal Cabernet Sauvignon, Yountville wines are known for their tannic structure and ageing potential.

At the heart of the larger Napa Valley AVA, Yountville lies directly south of Oakville and to the west of Stags Leap District. Its enviable location affords it the benefit of a unique, relatively cool microclimate allowing the grapes that are grown here plenty of time to develop rich flavour compounds whilst retaining natural acidity. For this reason, Yountville’s vineyards are a source of fruit for many prestigious wineries beyond its bounds as well as those stationed within the AVA.

Approximately half of the appellation’s three-thousand-two-hundred hectares are planted to vine with the majority of plots occupying sites on the valley floor and some western vineyards at higher elevations in the Mayacama Foothills.

Cabernet Sauvignon is by far the most dominant grape, accounting for almost three-quarters of production. Fellow Bordeaux varieties, Merlot, Cabernet Franc and Petit Verdot, along with small quantities of Syrah, Sangiovese and Pinot Noir, make up the majority of the remainder, and there is a tiny amount of white wine produced here, mostly from Sauvignon Blanc and Chardonnay.

Established as an AVA in 1999 on account of its unique geology and microclimate, Yountville is home to a number of California’s big names such as Domaine Chandon as well as some lesser known, small production wineries which are themselves establishing a reputation for excellence. The bold, deeply concentrated wines produced here are known for their balance, texture and ability to be laid down in the cellar for a decade or more. 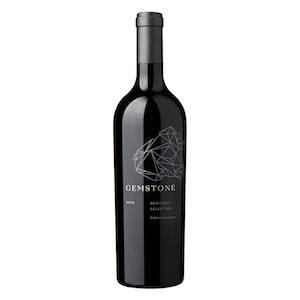