Tomislav Tuden provides a whistle stop tour of some of Croatia’s local grapes and invites you to visit the country to experience the range of different styles on offer. Croatia continues to develop its ancient wine industry and seeks recognition on the world stage for its unique and diverse varieties. 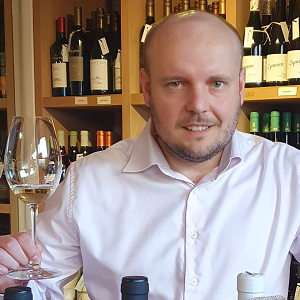 Born in Zagreb, Tomislav Tuđen is the executive director of the leading wine distributor in Croatia. In the wine business for the last 19 years, his goal is to promote Croatian wines and present them to the world.

It is not an exaggeration, Croatia really does have 1000 islands. More in fact. It also has nearly 130 indigenous grape varieties. Ok, only around 20 of them are commercially important today, but still, for a country with just four million inhabitants and around 20,000 hectares of vineyards (about a third of Tuscany) these numbers are pretty impressive.

Croatia has a very long winemaking tradition and throughout the centuries has contributed to the world’s viticultural heritage. I’ll admit then I was surprised to discover that during my WSET Diploma classes the map of European wine-growing countries used in teaching, where Croatia is, together with some other neighboring wine countries, was blank. As if wine is not produced here. When I asked our professor how this is possible, he explained to us that the map is old and not updated. Yes, but wine has been produced here for 2500 years, how old is the map!?

Unfortunately, this is a common situation and our country is still much better known for its beautiful coastline and fantastic results in sports, rather than for wine. With such a small production (64 million litres) we have to be aware of and realistic about our position in the global market. However, things are changing and more and more people are getting the chance to taste Croatian wines. The success of our summer tourism industry is a huge factor in this, but the opportunities this creates for people to experience our wines is growing - and the feedback is very positive.

If we can’t compete with quantity, we should focus on quality. Fortunately we’ve seen big increases in that direction over the last 20 years, as well as the emergence of many new producers. Almost the whole of Croatia has vineyards planted, with 18 out of 20 counties growing grapes. Only the central hilly area does not cultivate, mainly because it is too cold for vines to grow properly here.

The north of the country can be characterised as continental, and is known for its beautiful sparkling wines. Plešivica is often referred to as ‘Croatian Champagne’. It’s also home to local white grape varieties such as Kraljevina (from Zelina), Pušipel (from Medimurje) and Škrlet (in Moslavina region) which typically produce easy drinking, fruity wines.

Slavonija, in the northeast of the country, is the land of Graševina. It is not confirmed where this variety comes from, in Austria it’s called Welschriesling. In Hungary Olaszrizling, Laški Rizling in Slovenia and Riesling Italico in Italy. A lot of synonyms for the same grape, not connected to Rhone Riesling in any way, not even similar in aromas. It gives the best results right here in Vallis Aurea around the town of Kutjevo. Green apples and pleasantly bitter aftertaste are some common characteristics of these wines.

The sunny coastal parts of Croatia are very proud of the red wines that grow from north to south, but also some of the most famous white varieties can be found here. Malvazija Istarska from the Istrian penninsula, Žlahtina from Krk, Vugava from Vis, Bogdanuša from Hvar, Pošip and Grk from Korcula. There are many others. Debit, Maraština and Kujundžuša for example, which tend to prosper a littler further inland.

When we speak about reds, the most planted one and the best known for sure is Plavac Mali. It is grown all across Dalmatia, and it became globally recognized once it was discovered that one of its parents, Crljenak Kaštelanski (the other name is Tribidrag), has the same DNA as Zinfandel and Primitivo. Further tests proved that these world-famous varieties actually originate from Croatia. Plavac Mali is made in different styles but the best are the ones that come from the micro-terroirs of Dingac and Postup (steep hills on Pelješac), and Ivan Dolac (on Hvar). The other parent of Plavac Mali is Dobricic, native to Šolta island.

The variety that is rapidly becoming popular, even though it has actually been planted here for centuries, is Babic, from the area around Primošten. Asks for poor soil and results in wines with perfect balance between fruit concentration and acidity.

Istrian reds are mostly made from Teran, another indigenous, highly acidic grape. Extremely purple in color. Not my style of wine when made in inox and released young, but the variety can give amazing results if aged properly. It needs time to develop and to soften that acidity, then it shines. At least that’s my opinion.

And last, but not least - Prošek. Often confused with Prosecco due to the similar name, but totally different kind of wine. Prošek is a dessert wine, lusciously sweet (it’s a style of wine, not a variety) that is traditionally from southern Dalmatia. It is made using dried grapes (usually local varieties) in the passito method. It can be both, white and red. Sweet finish of your dinner.

As you can imagine, Croatia’s winemaking wealth is in its diversity. In a small area, it is possible to find various styles of wine and various forms of production. Winemakers are still experimenting a lot and looking for their own way. Although it is not an easy task outside the borders of Croatia, if you find some Croatian wine in your local restaurant - give it a chance. If on the other hand, you can’t find it but you would still like to try it, there is no other choice but to visit our beautiful country, just like 20 million tourists from all over the world do every year. Come and enjoy the wine where it is served best - at home.