▸ Blog ▸ Disan - One of the Great Terroirs of North Macedonia

Disan - One of the Great Terroirs of North Macedonia

The picturesque surroundings of the Disan area, located just outside the town of Negotino, in the famous Tikveš Wine District, might remind us of the rolling hills of Tuscany. Boasting the breathtaking scenery of unspoiled nature, vast stretches of vineyards quilt the landscape. Of course, flashes of every day rural Macedonian life also populate the view; ambling villagers, labourers in the fields, the old and rusting road signs, and the tinny echo of rudimentary farming equipment, all symbolic of times gone by, remind us that we are clearly on the Balkans. When it comes to wine though, things are changing fast… 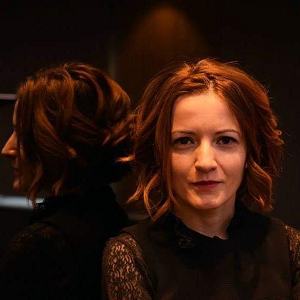 Ivana is a writer, judge and critic based in North Macedonia. She specialises in the wines of the Balkans.

Disan, encompassing Dolni and Gorni Disan, Veshje and Belgrade (no, not the capital of Serbia) is one of the up and coming wine areas in North Macedonia, and has brought focus and excitement to this piece of land. It is a well kept secret that huge vine growing potential exists here. The richness and complexity of the terroir is more than noticeable, as is the diversity of soils. They include sand and clay, and a mix of the two known locally as Smolnik, as well as iron-heavy red soils.

In certain areas, the soils are salty, highlighting the presence of historical seas prior to the sweeping geological changes that have subsequently shaped North Macedonia and the Balkan Peninsula. Broad temperature swings are important too. In the summer, they vary from 40 degrees plus to 15 degrees at night, allowing for a slow ripening of the grapes. While June, July and August are long and warm, the winters here are relatively mild. The Disanska River, which flows through the town of Dolni Disan and where a large proportion of Disan’s vineyards are planted, helps to moderate temperatures, ensuring an extended growing season. The results of course are evident in the open and perfumed aromas that characterise wines made on these gently sloping hillsides.

The wines from this area tend to give expressive varietal and terroir-inspired personality, and it is little wonder that some of the leading and highly acclaimed Macedonian wineries (such as Bovin, Tikveš, and until few years ago Skovin), have sourced their grapes here. In fact, such is Disan’s growing reputation, that even a couple of Serbian wineries buy their fruit from local growers. It is widely acknowledged that some of the best micro locations in Tikveš are found here and the award winning wines they seem to produce are peeling the mask of obscurity away from this little corner of North Macedonia. The potential for premium wine is enormous.

The highly acclaimed ‘A’gjupka’ Vranec, a WCGO wine produced in the Tikveš district by Bovin Winery, is made exclusively from grapes grown in Disan. It is the second most expensive Vranec wine in the country, and it won gold at the 2019 Mundus Vini Spring Tasting, as well as the Grand Gold and Best of Show at the Mundus Vini Spring Tasting in 2018. This was added to many other accolades and medals collected over the years. Few people know that the wine is named after the origin of the fruit, one of Disan’s micro localities - A’gjupka - in turn named after a local folk tale starring a Roma lady.

Bovin is more famous for the Disan Vranec perhaps. Grapes are grown and sourced from the Strachka and Sosha micro localities where the soils are predominantly clay derived. This wine has long been considered as a benchmark wine when it comes to the potential of the grape variety and by implication, its affinity with Disan’s undulating slopes. Today it represents a well established label and brand on the Balkans. In some years however, the unfermented grape juice of the harvest is exported to Serbia and Bosnia, testament to the area’s regional reputation.

So, the Disan area, i.e. this geographic triangle between Dolni and Gorni Disan, Veshje and Belgrade, boasts an impressive 900 hectares of vineyards, many of them considered some of the best vineyards in the country. Currently there are two wineries located in the production zone, Puklavec Family Wines and Venec, but they are joined by an increasing number of growers who sell their fruit or produce their own wine and the traditional Balkan brandy - rakija.

The first winery in this area is Venec, named after the 409 metre hill that surrounds the larger part of the town of Dolni Disan. The company owns an impressive 430 hectares of prime vineyards and produces some of the finest expressions of Temjanika and Vranec in the country. They also cultivate the more regional varieties of Smederevka and Prokupac, as well as the usual international suspects of Chardonnay, Pinot Grigio, Riesling, Merlot and Cabernet Sauvignon.

Venec has a capacity and production of 400,000 litres with future plans to increase the production. Their Koria Temjanika, named after the micro-locality where the Temjanika plantations are located and where the soil is sandy-clay, has won silver at Decanter two years in a row while their Orle Vranec, named after the microlocality Orle ,and where the soil is predominantly Smolnik, has won gold at this year’s Mundus Vini Spring tasting.

Puklavec Family Wines, one of the oldest and most well-known Slovenian wineries, owns a cellar here in addition to their two cellars in Slovenia. The winery, located just at the entrance of Dolni Disan, has a capacity of 377,000 litres, and just over 20 hectares of vineyards. To supplement this the company also buys grapes from growers across a further 20 hectares of vineyard planted in micro locations in both the Tikveš and Veles Wine Districts. Red wine grapes dominate in Disan, and while it is unfortunate that Cabernet Sauvignon and Merlot outnumber plantings of Vranec, it is difficult to argue with the quality of wines that can be made here. The Puklavec project showcases a blend of 50% Cabernet Sauvignon, 30% Merlot and 20% Vranec. The mono-varietal Cabernet Sauvignon that claimed gold at this year’s Mundus Vini Spring tasting.

Unfortunately, like everywhere else in southern Europe, it is expected that climate change will pose difficulties, but the wineries have been preparing themselves for such a challenge. Venec Winery uses a drop by drop system to water 60% of their vineyards, and will prepare for an additional 20% in near future. Water stress is perhaps the most destructive threat on the horizon. Puklavec Family Wines currently has 85.5% of their vineyards using a drop by drop system.

Yes, there is a long way to go in the mission of amplifying Macedonian wine districts and regions, especially those that sound so unusual and unpronounceable to people unfamiliar with the language. Add to this the inherent skepticism of wine lovers whose tastes have developed in line with the classic wines of France, Italy and the new world.

Yet, Disan is one of a handful of terroirs that are emerging as part of North Macedonia’s drive toward quality wine production. While much of the wine produced in the country is still destined for the lower shelves of less evolved wine markets, a movement of producers committed to developing wine culture is working on crafting wines that can fulfil the potential we as Macedonians have known exists for centuries.

Even though the Vardar Valley is still gradually reaching consumers around the world, back in Skopje, there is desire to learn more about our country’s own fascinating wine territories. We hope that in the coming years, winery owners and their marketing people continue to study our wine districts and invest in enriching North Macedonia’s wine culture. Creating and celebrating micro terroir wines is the way to do that.