Montoliva Winery: A Falanghina Love Affair in the Sierra Nevada

Elise Vaux discovers a Californian take on one of Southern Italy’s iconic white grape varieties. Reflecting on the wines of Montoliva Winery, she looks at how some experimental plantings of Falanghina are adding viticultural diversity to the Sierra Nevada foothills. 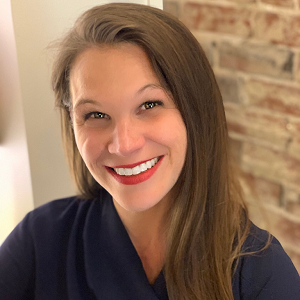 Elise is an accomplished Italian Wine Professional, currently working as an On Premise Wine Consultant for a distributorship. She has received several certifications and is a proud member of the VinItaly Academy community.

My first sip of Falanghina resulted in a life-long love affair with Italian white wine. Its tingly minerality transported me to the foothills of Vesuvius. The burst of stone fruit wrapped up in golden delicious apple skin produced mental images of breakfasts on the Amalfi Coast. How could anyone not love this ancient grape?

Legend has it, the Romans loved Falanghina almost as much as me. Its name is suspiciously close to ‘falernum’, one of the most iconic wines in the classical world, and as such, is believed to be Italy’s oldest grape. Were it not for the tireless efforts of producers such as Leonardo Mustilli and Antonio Mastroberardino, who remained steadfast in their determination to resurrect ancient native varietals, it may very well have gone extinct.

This belief in native Italian varietals and the gritty commitment to try and produce quality wines from them has rooted itself in the new world - quite literally. Attracted by the Mediterranean-like climate, and the work of visionaries before them, Piero and Carlo Mastroberardino saw the potential of native Italian grapes in California wine country. In the year 2000 they sent a cutting of the Falanghina Beneventana grape to UC Davis Foundation Plant Service where it was renamed Falanghina 01. The cutting was taken from what is what is now the Sannio DOC in the Province of Benevento.

During that same year, Mark Henry, a brewer from Seattle, relocated to Chicago Park, California, a small farming community founded by Italian Americans in the late 19th century, an area incorporated into the Sierra Nevada Foothills. Eager for a change of pace, Mark decided to try his luck in winemaking. Much like the ambitious, family owned Italian wineries from the old world, Mark started small, federally bonding the family room of his house as a winery and restricting his production of any one varietal to less than 120 cases a year.

Instead of planting commercially significant grapes like Cabernet Sauvignon and Chardonnay, Mark focused on making wines that he enjoyed drinking - the wines of central and southern Italy. It was in 2010 that Mark became the first vintner in California to experiment with the Falanghina 01. Since Mark was sourcing fruit from a mere four acre plot, the endeavour proved to be a labour of love, especially since he was forced to throw out three of the first five vintages. This is perhaps some of the gritty determination needed to stay the course.

Since his initial days of producing Falanghina, his experiment has transformed into a diamond in the rough! Mark produced just 40 cases of the 2019 vintage and I was lucky enough to get my hands on one of the last 15 bottles! Mark’s Falanghina surpassed all expectations of what I believed Falanghina could be; it maintained bright acidity and mouthwatering mineral character, while staying true to the ripe stone and tropical fruit that wine drinkers recognise as a California signature.

“What I love about Falanghina is that it can be as versatile as Chardonnay, with a lot more innate flavor characteristics. Falanghina can be made as a soft, supple, full-bodied wine. It can also be made as a razor sharp, flinty burst of pineapple. My plan for early spring is to play with a blend of the two approaches and see what I get. To me, Falanghina is Chardonnay without the need for oak to keep it from being dull.“

At the time of writing Mark is deep in the 2020 harvest and Montoliva Winery remains a celebration of native Italian varietals. He produces varietal bottlings of Negromaro, Aglianico, Sangiovese, Barbera and Teroldego, to name but a few. He has also planted more Falanghina and will be increasing production to 150-175 cases. This is undoubtedly a project to keep an eye out for, with the 2020 vintage release expected in June 2021. As you might expect, production is extremely limited and I wouldn’t waste any time reserving a bottle or two of this American ‘falernum’ for your spring collection!

“My wine has evolved over the years. Our local Certified Wine Educator and wine writer, Rod Byers, really brought this home to me a couple of years ago when he said that my first couple of vintages back in 2005 and 2006 were ‘rustic and unsophisticated’. Now he says they are ‘rustic and sophisticated’. I wear it as a badge of honor, especially if it is meant to insinuate that my wines are not overly manipulated or ‘polished’.”