▸ Blog ▸ Star or Bikavér - The Question of Eger?

Star or Bikavér - The Question of Eger?

Hungary - a landlocked country at the centre of Europe - has an interesting and colourful history which includes a period of Turkish rule from the middle of the sixteenth century to the close of the seventeenth, the subsequent rise and fall of the Austro-Hungarian Empire, and the restoration of independence after the First World War. Many famous battles have thrown up stories of heroism and great sacrifice, but perhaps none more so than the Battle of Eger - a conflict of 1552 which saw the Hungarian army defeat the Turkish forces. 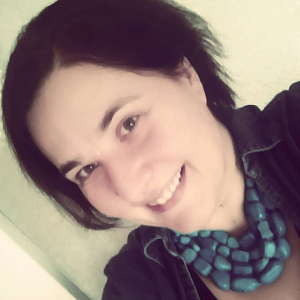 There is no doubt that in Hungary everybody knows ‘Stars of Eger’ (Eclipse of the Crescent Moon) – a famous historical novel about this memorable encounter, written by Géza Gárdonyi and first published in 1899. The novel was subsequently adapted as both a silent movie (1923) and a sound film (1968) to some international acclaim.

Given the book’s popularity in Hungary, it is no surprise that the name has also been adopted for a wine, hoping to capitalise on its success. ‘The Star of Eger’ - a white cuvée now being made by numerous producers in the Eger region, is being marketed by some as a white wine to challenge the regional dominance of the red blend, Bikavér. A relatively new offering (first produced here in 2011 by Ferenc Tóth of Tóth Ferenc Winery), Star must consist of at least four grape varieties - all accounting for more than 5% of the cuvée; one must be a Carpathian variety and other permitted grapes include Chardonnay, Muscat, Rhein-Riesling, Sauvignon Blanc and Viognier.

The sample I tasted recently - Star of Eger Superior (2018) from Tóth Ferenc Winery, had a rich, golden colour and excellent viscosity. Elegant and vibrant in style, the wine was however rather oaky and a little bit too spicy for my personal taste. It also lacked the floral aromas I had expected, and as such was not quite so memorable.

So let’s take a closer look at its regional rival…

Bikavér of Eger is one of Hungary’s most famous red cuvées. Formally known by the English title Bull’s Blood, this marvellous dry red wine has a strong character and superb structural integrity. The main rule of production is that no one grape can dominate the wine and that each of the minimum three varieties, must constitute no less than 5% of the blend. Designated varieties include Blaufränkisch (obligatory), Cabernet Franc, Cabernet Sauvignon, Pinot Noir, Syrah, Turan and Zweigelt. Whilst every attempt is being made to ensure quality across all levels, it remains variable, with some poor samples unfortunately being found on the market.

The popularity of this wine in Hungary continues to grow, such that it has become a ‘Hungaricum’ - something which characterises the uniqueness of the country; essentially a national brand. During a recent tasting at Tóth Ferenc I sampled the Bikavér Superior (2017) and found it to be truly delicious. A deep, ruby colour, with rich, red fruit flavours and firm tannins, the wine was perfect in its youth, but also promised greater complexity with age.

So does Star really have the potential to outshine Bikavér? Whilst evidently it has some way to go in order to match the success of its red counterpart, there has been plenty of enthusiasm and commitment behind the project to propel this white cuvée to greater commercial and critical success. With the continued support of a large number of winemakers in the Eger region, it might just be possible that this young wine can become a star of the future.