Synonymous with winter sports and watches, Toblerone and trains that run on time, the mountainous European country of Switzerland is hardly the first name that springs to mind when you think of wine. But delve a little deeper and you might be in for a surprise… 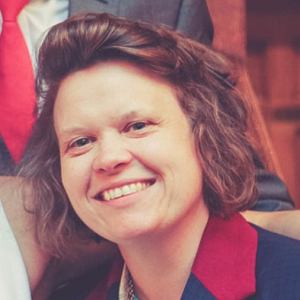 The invariable response when I happen to bring up in conversation my penchant for the viticultural offerings of this alpine nation, is one of utter puzzlement and disbelief, usually followed by some sort of prompt for clarification or a suggestion that I have my wires crossed and that I must mean somewhere else.

Of course, anyone who’s ever taken the train along the shores of Lac Léman and marvelled at the thirty kilometre contiguous stretch of ordered, terraced vine rows, or raised their head to the the skies to see the precariously perched plots of the Visp valley, or studied the first who knows how many pages of the wine list at a restaurant in Zürich or Zermatt or Lucerne, will know for sure that not only is Switzerland a wine-producing country, but it’s a damn good one at that!

Viticultural activity has played an important part in Swiss life since the Romans first introduced wine to the nation in the first century. Today, the country has six main wine-producing regions sharing 15,000 hectares, and an impressive vineyard to national surface area ratio that places it in the world’s top ten. More than two-hundred grape varieties have found a home in this land-locked alpine paradise, with indigenous Chasselas and charismatic Pinot Noir the most successful of their type. And whilst inevitably, cultivating grapes in a country where three fifths of the land area is covered by mountains, presents its challenges, the vignerons of the Swiss confederation are purposeful and proficient enough to meet them.

Quality remains the main objective and there is an increasing focus on export markets and commerciality (currently less than 2% of Swiss production passes over the national boundary) as the country looks to enhance its reputation as a serious wine-producing nation. Hand harvests are the norm - given the inaccessibility of some plots to machinery - with helicopters employed at times to carry large quantities of grapes to the cellar. And whilst production remains minuscule in comparison with the leading wine nations, momentum is certainly building.

The Valais, Switzerland’s third largest canton in the south of the country, is its largest wine region by volume of production. An enchanting land of mountains and meadows, snowy winters and summer sunshine, the diverse topography and unique microclimate of this area make for an interesting and effective viticultural landscape. And the propensity of producers here, to cultivate rare, indigenous varieties, seldom seen outside of Switzerland, adds a fascinating dimension to the canton’s wine industry. Kellerei Chanton of Visp leads in this regard; the team there have been growing largely forgotten grapes in some of Europe’s highest vineyards for the last fifty years, producing a series of pure, refreshing mono-varietals which have caught the attention of many of the world’s wine writers.

Canton Vaud, with its acclaimed Grand Cru appellations, Dézaley and Calamin, is perhaps the nation’s most strikingly beautiful wine region, and definitely its most famous. Eight appellations - Bonvillars, Chablais, Côtes de l’Orbe, La Côte, Lavaux and Vully plus the afore mentioned Cru AOCs - are each unique and distinguished from one another, but bound by a common commitment to produce high quality wines which express the subtleties of their terroir. Skirting the north bank of the lake (Geneva - known locally as Lac Léman), world heritage listed Lavaux is perhaps Switzerland’s most widely recognised wine landscape. The unfathomably steep terraces, seemingly rising straight out of the water, serve up some sight even when seen from the train, but to really appreciate the magnificence and wonder of this location, one must amble amongst the stone walls and winding lanes of the appellation. Home to some of the country’s most established and well-known wine-makers, including the iconic Louis Bovard, canton Vaud’s Lavaux sub-zone produces exquisite, intensely floral wines mostly from the Chasselas grape.

Then there is the canton of Geneva, the city and its environs at the southwestern tip of the country, with its low-lying, shallower terrain and near equal mix of reds and whites; Italian influenced Ticino - Switzerland’s sunny southern province which continues to see huge success through its cultivation of the Merlot grape; the Three Lakes - a small, little known wine region and AOC which straddles three cantons in the west of the country; and finally, the somewhat unimaginatively titled German Speaking Switzerland which covers the vines of seventeen separate cantons strewn across the country from north to south, east to west. A region renowned for its smooth, sophisticated red wines from the Pinot Noir (Blauburgunder) grape, it includes a number of internationally acclaimed wine-makers intent on planting the Swiss flag on the world wine map. Perhaps most notable is Martin Donatsch (Domaine Donatsch) of Graubünden, whose success with the Burgundy varieties Pinot Noir and Chardonnay has not gone without notice.

The great British novelist and playwright W Somerset Maugham - who spent some time in Switzerland during World War One - once wrote that ‘the secret to life is meaningless unless you discover it for yourself’. Well the same can be said of Switzerland’s best kept secret … so don’t just take my word for it… click the links, dig a little deeper, get out there and unearth this hidden viticultural gem at the heart of Europe!