The Skopje district is situated in the north of the Vardar Valley and is home to Chateau Kamnik.

Skopje is one of the three most significant wine districts in Macedonia and forms the most northern area of the country’s famous Vardar river valley which runs like a spine through the middle of Macedonia. Taking its name from the capital city, the Skopje district benefits from plenty of sunshine and little rain. The climate is typically continental with bitterly cold and harsh winters and long and hot summers. The southwest of the district benefits particularly from good air circulation as well an impressive diurnal swing between night and day temperatures.

Generally soils vary, but large amount of clay and rendzine is present. The amount of rainfall is relatively small and drought periods are common here, especially in the months of July and August.

Skopje boasts the conditions to make a name for itself, not just with a lighter style of Vranec, but with white wines too. The conditions are promising here for production of quality grapes. Vranec in particular takes on a fresher and lighter character here than further south in the Tikveš distict. Temjanika, Pinot Grigio, Merlot, Syrah and Cabernet Sauvignon also grow very well here.

While the Kamnik locality on the edge of the city centre is best known for the production of high quality white grapes there are also some other high potential sites worth keeping an eye on. On the slopes of the Vodna mountain where altitudes range from between 400 and 600 metres the villages of Sonceva Dolina and Markova Reka are known for providing good potential fruit. 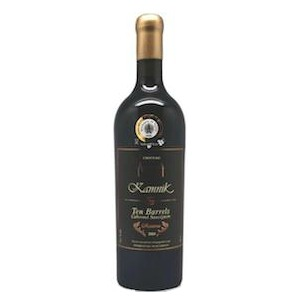 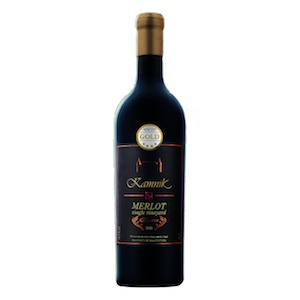 Skopje “Single Vineyard” Chardonnay W.C.O.
Château Kamnik, Skopje, North Macedonia
2015
Chardonnay (100%)
“Round, creamy texture with some subtle brioche from malolactic fermentation. The palate carries over notes of banana and peach resulting in a well balanced but intense Chardonnay with a finish of exotic fruit.”
87 Paul Caputo 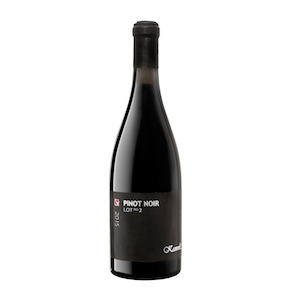 Skopje Pinot Noir
Château Kamnik, Skopje, North Macedonia
2016 2015
Pinot Noir (100%)
“This Pinot Noir is a dark ruby red colour showing vivacity in the glass. On the nose it’s already evolved with an abundance of dark cherry, cranberry and dark cocoa-chocolate, complimented by smokey aromas emerging from an ageing period of 15 months in French and American oak barrels. Silky tannins are omnipresent, acidity is balanced and integrated, while the finish is a long an attractive with a touch of spice.”
86 Ivana Simjanovska 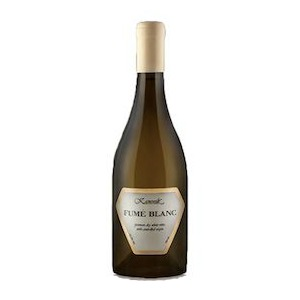 Other wines from Skopje 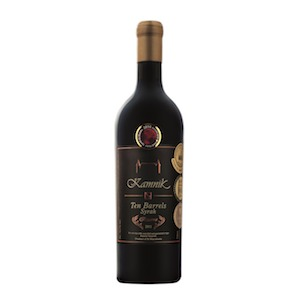 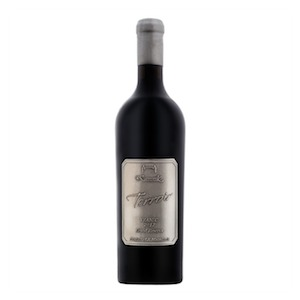 Chateau Kamnik is one of the leading wineries in Macedonia, producing stunning wines from both local and international varieties.