Recantina is a rare red grape variety found in the Veneto. It is best known for its role in the ‘Augusto’ blend produced by the Giusti Estate.

Recantina is one of the Veneto’s rare red grape varieties. Planted in the Province of Treviso, it was known for producing spicy red wines. When Napolean’s troops came through the area in the late 1790s to fight Austrian, Russian and Italian armies, it was decided that Recantina vines should be ripped out. With their high acidity and tart red fruit character, the wines were obviously not to French tastes. Only a few vines survived.

In the early 2000s, Joe Giusti of the Canadian company Giusti Wines cloned some of the remaining plants and planted them on his Veneto estate. The first vintage was in 2014 and by all accounts was not what he hoped for. Nevertheless, his oenologist Mirco Pozzobon convinced him that a little patience may be rewarded. After a lengthy spell in large oak cask, the wine had shed its grubby aromas and taken on a much fresher, fruitier personality.

Today there is still only a tiny, tiny amount of Recantina planted, and Giusti Wines owns most of it. Their experimental 2014 was ultimately bottled and sold as varietal Montello-Colli Asolani DOCG and named ‘Augusto’. Curiously, three distinctive biotypes of Recantina have been discovered. The Forner Selection, named rather shortsightedly after the farm it was found on, supposedly gives finesse and elegance (it accounts for 70% of the Giusti’s 2014 Augusto), while the dark stalked Recantina a pecolo scuro and red stalked Recantina a pecolo rosso have also been documented. For now, until plantings increase, we refer to the Recantina as a single variety at Vinorandum.

Featured wines made from Recantina 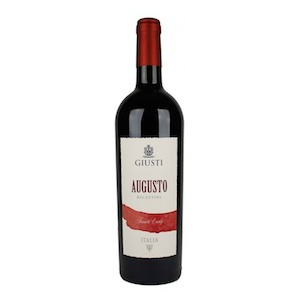 Giusti Wine, officially known as Società Agricola Giusti Dal Col, is one of the Veneto’s classic producers of Prosecco, particularly from the premium DOCG appellation of Asolo Prosecco.