Sirica is a rare red grape variety grown in Campania close to the town of Avellino. While known to be ancient variety its origins are the subject of ongoing study. It is thought to be related to Aglianico.

Sirica is an ancient red grape variety found in Southern Italy, particularly around the village of Taurasi. Despite an arsenal of literary references that reach back to classical antiquity, the Sirica variety was ignored to the point of near extinction. Only through the research and investment of Feudi di San Gregorio are we able to understand the variety more. Back in 2005 the company identified three very old gnarly vines hiding in a Taurasi vineyard planted shirt Aglianico.

Genetic profiling has revealed some links with northern varieties such as Refosco, Teroldego and Lagrein. It is thought therefore to have some relationship with Aglianico.

The most obvious and perhaps accessible example on the market at the moment is Feudi di San Gregorio’s well priced (considering its scarcity) mono varietal bottling.

Featured wines made from Sirica 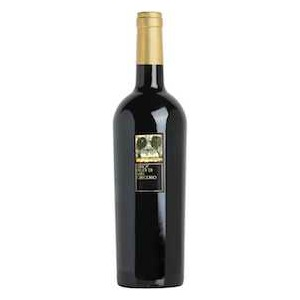 Feudi di San Gregorio is one of the most important names in Campania. Along with one or two others they have put the region on the map and introduced the world to wines such as Fiano di Avellino and Greco di Tufo.