Stanušina is a red grape variety indigenous to North Macedonia. Although quite an interesting variety, it is only produced by a couple of wineries on a commercial level. Commerciality not withstanding, I’ve never really understood why more wineries don’t attempt to differentiate themselves with it.

As far as I know, Popova Kula lead the way, producing at least four different expressions of the grape. The only other project bottling Stanušina is Brusani Winery although this is far less commercial and winemaker Orce Dimitrievski does not make one every year.

Like many old Balkan grapes, Stanušina was allowed to disappear during the communist period in favour of varieties with high yields. Its low levels of colour, tannin and fruit made it unattractive to farmers seeking only volume. It was ultimately just too difficult to cultivate.

Also known as Black Stanušina, the grape is theoretically found in vineyards throughout Macedonia, however, most known plantings are found in the Dimir Kapija area of the Tikveš region in Macedonia. From what we know, it tends to ripen in early October and is highly resistant to drought. It’s also delicate and once picked, it needs a lot of attention in the cellar to produce good wine.

Jordan Trajkov’s Popova Kula has invested time, energy and money into protecting the variety. One fears without this commitment the grape could still disappear. It is still early days for this variety’s re-emergence, but one hopes that more producers in Macedonia will attempt to ensure Stanušina makes a comeback.

Vinorandum rated wines made from Stanušina 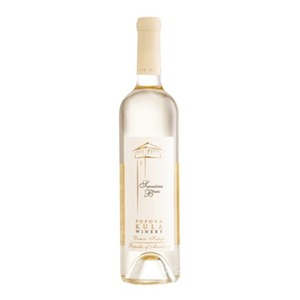 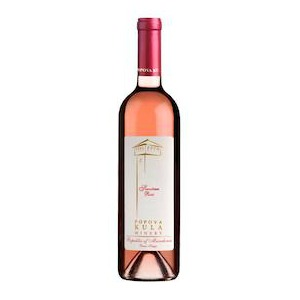 Tikveš “Rosé” W.C.O.
Venec Winery, Tikveš, North Macedonia
2019
Cabernet SauvignonKadarkaStanušina
“Dry wine produced from Cabernet Sauvignon, Stanushina and Kadarka varieties from the winery’s own vineyards located in the village of Sokolche. It is characterised with light salmon colour (in Macedonian it would be onion skin colour) and aromas of red currant, forest strawberries and candy bonbons. Likeable, fruity wine with pomegranate freshness in the taste accompanied by a spicy note and long grapefruit skin aftertaste.”
84 Ivana Simjanovska

Other wines made from Stanušina 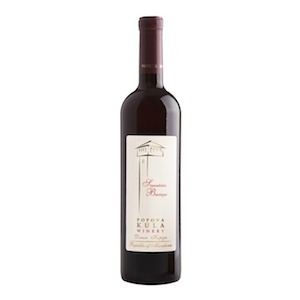 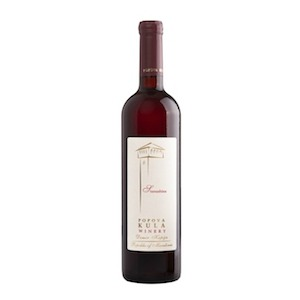 One of North Macedonia’s much underrated producers. Jordan Trajkov and his team make some interesting estate grown varietal wines from the Demir Kapija locality of the Tikveš district.

Based in the village of Dolni Disan, Venec is a new winery project with a capacity to produce 150,000 litres a year.