At the southern tip of Saint-Émilion village, sits the renowned Château Ausone. A small estate with a rich history, the property is recognised as one of the appellation’s most prestigious and produces luxurious, velvety smooth wines which continue to develop over many years.

One of a quartet of Saint-Émilion estates to be classified ‘Premier Grand Cru Classé A’, Château Ausone takes its name from the Bordeaux poet and teacher of rhetoric ‘Decimius Magnus Ausonius’ - who owned around forty hectares of vine in the area and whose literary work championed viticultural activity in Bordeaux long before the region became known for its wines.

Today, Château Ausone’s vineyard comprises fractionally more than seven hectares of Cabernet Franc and Merlot - with the former holding the majority share. The exact percentages of each grape in the resulting wine varies with each vintage but it is common for the Cabernet Franc variety to dominate. The three most recent vintages contained the following proportions: 2018 - 60% Cabernet Franc, 40% Merlot; 2017 - 55%, 45% and 2016 - an even split of the two varieties. A tiny amount of Cabernet Sauvignon is also planted at Ausone but this grape does not feature in the Grand Vin, rather it is included in certain vintages of the estate’s second wine ‘La Chapelle de Ausone’.

The vines - on average, fifty years old - occupy an elevated, southeast-facing position enjoying optimal sunlight and natural protection from the elements. This unique terroir is a key factor in the estate’s success. A diverse and atypical combination of sand, clay and limestone deposits give Château Ausone’s wines a distinct minerality that distinguishes it from other fine wines of the region.

Since it was founded in the late sixteenth century, the estate has seen a short succession of families take its helm. The current owner and manager, Alain Vauthier - who runs the property with his daughter Pauline - is a direct descendent of the Dubois-Challon-Vauthier family who controlled Ausone affairs at the end of the seventeenth century.

As with all of Bordeaux’s great producers, the philosophy of Alain Vauthier’s Château is built on the principals of low yields and a continual fine tuning of cultivation and vinification processes to maximise the potential of the wines. Changes brought in since Vauthier assumed overall control of the estate in 1997 have resulted in significant progress and subsequent acclaim.

At Cháteau Ausone, the grapes determine the diary. Picking is undertaken only when the fruit is perfectly ripe, and given the small size of the estate, can be done in one or two days. Vinification is carried out in temperature controlled vats and the wines are aged in oak for around sixteen to twenty-four months depending on the characteristics of the vintage. The estate produces approximately 18,000 bottles of the Grand Vin each year and 7000 bottles of the second wine. 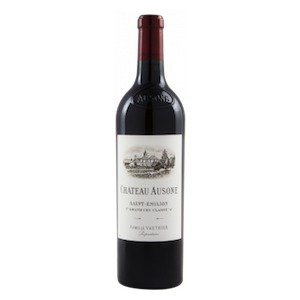 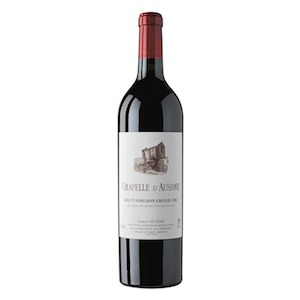