Château Les Carmes Haut-Brion is one of the great wines of Pessac-Léognan. It is also the only winery in Bordeaux that is entirely located within the city limits.

Due to it proximity to the city, its vineyards tend to experience two to three degrees of warmer weather than the other vineyards of Pessac-Leognan, often harvesting up to ten days earlier than the rest of the appellation. This in fact better protects the estate from the spring frosts and enables them to fully ripen their Cabernet Franc - which is another distinct element to the property. The château has the highest proportion of Cabernet Franc in a blend on the Left Bank. The Cabernet Franc dominant blend, coming from limestone/clay soils, makes for a very unique expression of Pessac-Leognan, unlike any other wine in the appellation. 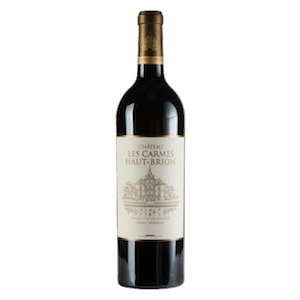