Feudi di Guagnano is a small group of growers who have come together after rescuing abandoned vineyards of Negroamaro and Primitivo in the Salento area of Puglia.

Feudi di Guagnano is one of the leading lights of small volume winemaking in the Salento area of Puglia. Covering a number of different vineyards, all just less than a hectare, close to the town of Guagnano, the winery has quickly built an impressive reputation for Negroamaro and the region’s classic DOC wine - Salice Salentino.

Feudi di Guagnano began as a project to revive some of the abandoned vineyards around the village of Guagnano in the Arneo area of the Province of Lecce. When elderly people could no longer work the fields and found it difficult to convince their children to take up agricultural life, a number of old vineyards fell out of production. Many were viticultural treasures, planted as ‘albarello’ bush vines more than half a century before.

Gianvito Rizzo and his business partners Franco, and Carlo, were keen to keep the traditional winemaking customs of their parents and grandparents alive however. In 2002 they set out with the aspiration of preserving vineyards out of a passion and love for their local territory, rather than a big desire to build a large commercial winery. The company has gone from strength to strength ever since and now covers thirty hectares of vineyards within close proximity to Guagnano.

Today the wines represent some of the best in the region. The majority are bottled as IGP Salento, focus on the varietal character of the grape and are generally very affordable. Two Salice Salentino wines are produced however and recent vintages show them to be a great advert for the DOC. The Salice Salentino ‘Cupone’ Riserva, the company’s flagship wine delivers waves of black fruit, Christmas spice and a kick of black pepper. Complex, with suggestions of tobacco and cocoa alongside a herbal streak of balsam and Mediterranean plant. With time oak influenced aromas push themselves to the fore. Clearly a very well made wine showing balance and elegance.

The Salento tradition of producing good quality rosato wines is upheld at Feudi di Guagnano as well. The ‘Rosarò’ is made exclusively with Negroamaro and is surely one of the area’s best. It is produced with only a light skin contact to achieve a wine with a faint copper colour and light tannin. During a tasting at the winery the 2018 showed an attractive, fruity nose of ripe strawberry that merged with scents of wild coastal scrub. The palate was full and round but held together by impressive, integrated acidity. As we’re coming to understand from the local rosato, there is some age-worthiness to it as well.

Negroamaro is the star grape of the company and makes up the core component of Feudi di Guagnano’s flagship wine, ‘Cupone’, a Salice Salentino Riserva, aged for 24 months, 12 of which are in French oak. Like most quality focussed producers the hard work starts in the vineyard. Yields are kept relatively low and a gentle pressing is carried out in the cellar to avoid some of the bitterness that inexpertly handled Negroamaro is prone to giving.

It is also the variety behind the winery’s stunning Nero di Velluto, a richly concentrated, yet fresh and elegant Negroamaro that comes from vines planted in 1935. It isn’t produced every year, and receives some ‘appassimento’ treatment which contributes to its luxurious, velvety texture. 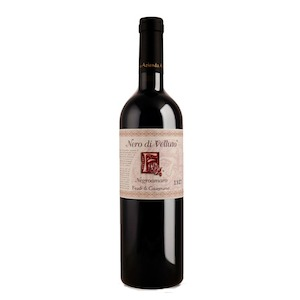 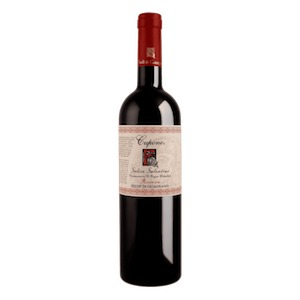 Salice Salentino DOC “Cupone” Riserva
Feudi di Guagnano, Puglia, Italy
2016
Negroamaro (90%)Malvasia Nera (10%)
“Takes a while to open up. First impressions note waves of black fruit, Christmas spice and a kick of black pepper. Very complex, with suggestions of tobacco and cocoa alongside a herbal streak of balsam and Mediterranean plant. With time oak influenced aromas push themselves to the fore. Clearly a very well made wine showing balance and elegance. One of the best Salice Salentino wines around.”
90 Paul Caputo 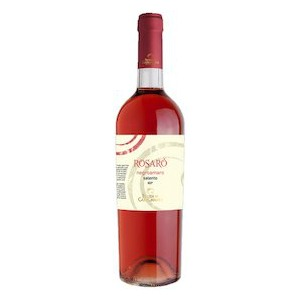 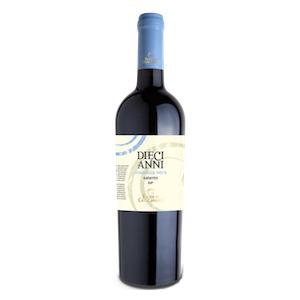 Other wines from Feudi di Guagnano 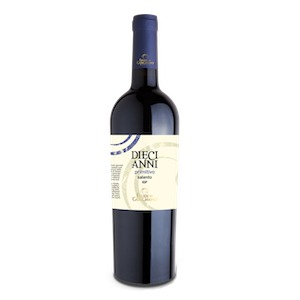 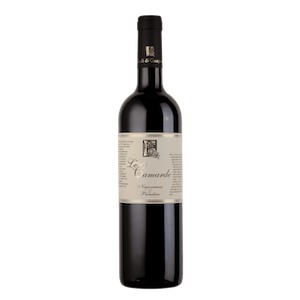 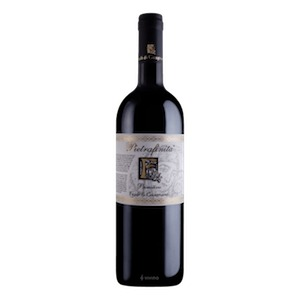