Anteprima Sagrantino: Thoughts and reflections on Montefalco’s flagship red wine and the 2018 vintage

Paul Caputo travelled to Montefalco in May 2022 for an in-depth look at the latest 2018 Sagrantino release. He discovered that the appellation’s key names continue to produce excellent wines and set the benchmark for what is ultimately a very challenging variety to work with. 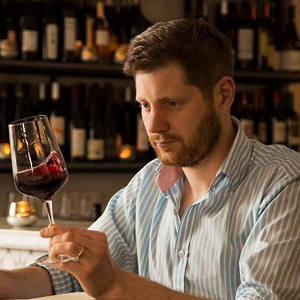 It feels as if Sagrantino has been on the cusp of major success for many years. Undoubtedly it is a grape variety of incredible potential, but one that has not quite managed to move out of the shadows of the Italian wine scene. No doubt, it is poised to conquer, with an army of dedicated followers that continually celebrate its distinctive identity. The wine’s reputation for explosive back fruit, ferocious tannin, and palpable acidity has imparted cult status on the town of Montefalco and its Sagrantino. Local producers are naturally proud of their raw materials, but taming and softening the variety’s inherent power is the ambition of most. Achieving elegance and finesse in this wine is easier said than done, but overcoming this challenge will do much to establish Sagrantino amongst the very best red wines in Italy, and in doing so, deliver world wide recognition. Of course, we must not forget that Montefalco’s fine wine evolution began just a few decades ago. Progress is steady, but sure. Montefalco Sagrantino is coming of age.

The release of Montefalco’s 2018 Sagrantino wines comes at an important moment for Umbria’s wine industry. As the dust settles on the covid pandemic we continue to survey and analyse the aftermath. Rising prices and global supply chain issues are compounding a range of sector specific challenges to the hospitality trade, and the extent of consumer behavioural change is still debatable. Nevertheless, there is plenty of excitement and optimism around. Not only was 2018 a high quality vintage, but producers are spurred on by a renewed interest in Italy’s native grapes, increased local tourism and the pent up demand of a thirsty public.

It’s just as well, for Umbria’s traditional white wines have all but disappeared from discussion and Montefalco, a relative obscurity just a couple of decades ago, is now clearly the key reference point and primary advert for the region. Representing 22% of all DOC wine production in Umbria, Montefalco has experienced exponential growth since the early 1990s. Since 1992, when the appellation became a DOCG, Sagrantino vineyards have increased from 66 hectares to today’s impressive 390 hectares. Production has steadily climbed from 660,000 bottles in the early naughties to around one million. On the face of it, these statistics make positive reading. Producers will reference the boom bust cycle of Sagrantino land prices, but the longer term trajectory appears to be one of sustainable growth.

January started with fairly mild temperatures and very little rain, with a cold spell setting in towards the end of the month and through February. In March temperatures shot up high enough to trigger early germination of Sagrantino. Spring brought crucial rainfall and allowed vineyards to soak up some much needed water reserves for the summer.

June, July and August didn’t deliver scorching heat. Instead long sunny days with warm temperatures were punctuated with occasional spots of rainfall. Cooler temperatures and an extended period of dry, breezy conditions brought us through September and into October, generally allowing for the perfect conditions for a sustained ripening period.

General consensus is that 2018 offered up classic conditions for Sagrantino. Despite a trajectory of rising temperatures and freak weather conditions, growers were faced with an historically typical season. The best producers were able to balance ripe fruit with Sagrantino’s abundant tannin. In short though, there was very little excuse for poor, unbalanced wines.

Sagrantino is an awkward grape, but one that rewards commitment, skill and patience with outstanding age-worthy wines. The best manage to deliver power and concentration while maintaining a sense of balance, elegance and approachability. It’s not easy. Sagrantino requires a lot of work in the vineyard. Its propensity to produce excessive vegetation not only increases labour costs but ensures growers are constantly on duty, manipulating the canopy to suit the vintage.

Its late ripening nature means growers have difficult decisions to make at harvest time however. Susceptible to rot (downy mildew in particular), Sagrantino needs dry and breezy conditions in the run up to picking, typically in early November when weather can be unpredictable. Sagrantino’s thick skins also require extended hang time in autumnal sunshine to ripen phenolically, a scenario that inevitably leads to plenty of sugar accumulation and ultimately high alcohol levels. In particularly hot years this can be a big concern and serves to remind us of Sagrantino’s recent origins as a sweet wine first and foremost.

Picking too early may save an extra portion of the crop, but doing so can potentially result in bitter, austere wines. Leaving the grapes to ripen phenolically is wise, but in an age of rising temperatures alcohol is likely to be prominent. Many Sagrantino wines cruise past 15% with some pushing on to 16.5%, a scenario that is generally at odds with consumer preferences. With the grape boasting almost twice the amount of tannin that Cabernet Sauvignon contains, mishandling it in the vineyard can be unforgiving.

Choices made in the cellar are particularly pertinent with Sagrantino. De-stemming and gentle pressing are crucial to avoid wines with mouth puckering tannin. Commercial requirements aside, there are strong arguments for using only the variety’s free run juice. Regardless, maturation matters. The appellation’s 37 month minimum before release is rather telling, although only 12 are required to be in wood. Throughout the wine world the use of 225ml barrique barrels is giving way to large cask ageing and in Montefalco the transition is somewhat similar. Softening tannin is the main objective, but the extent of wood (or vessel) influence is a personal choice.

The Wines of Montefalco Sagrantino DOCG 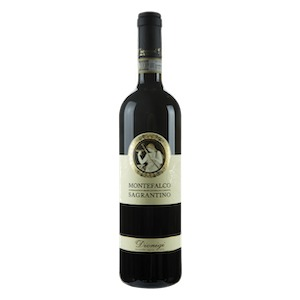 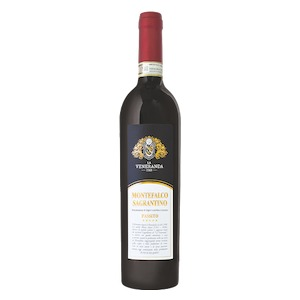 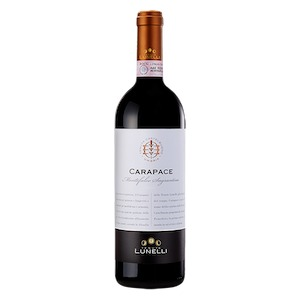 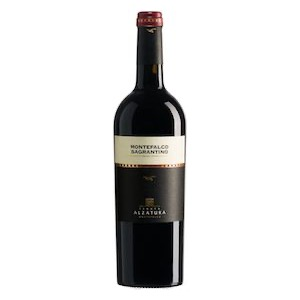 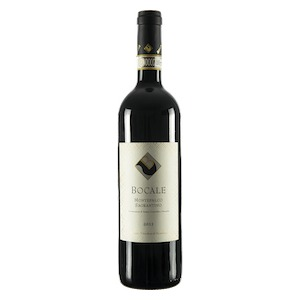 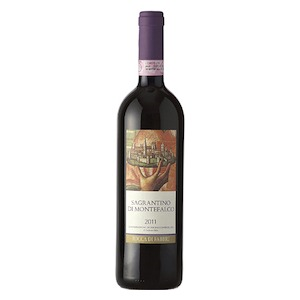 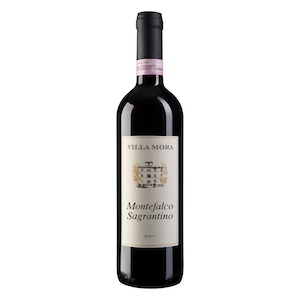 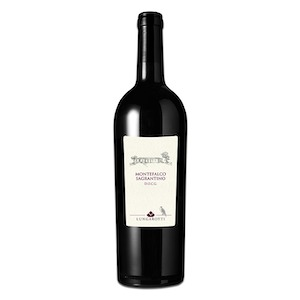 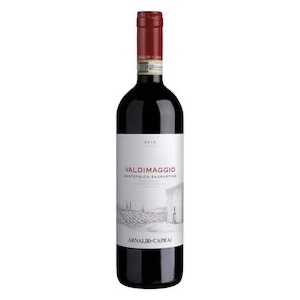 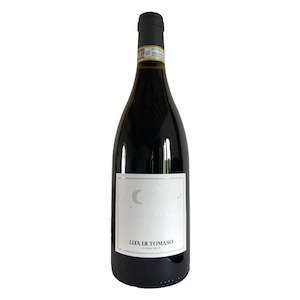 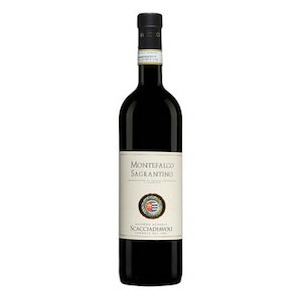 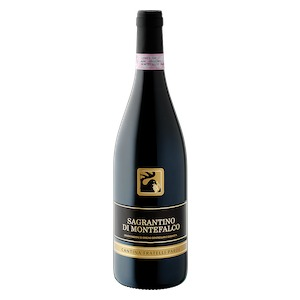 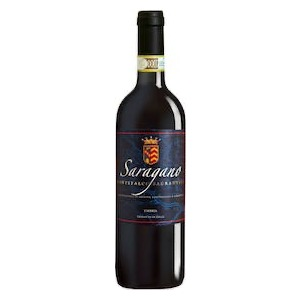 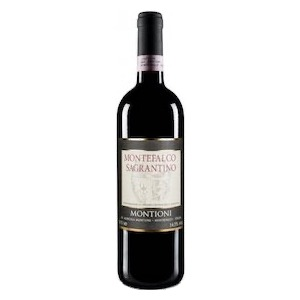 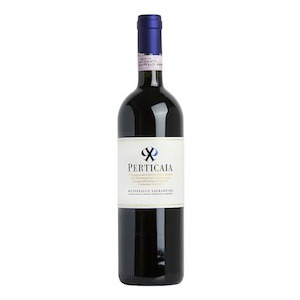 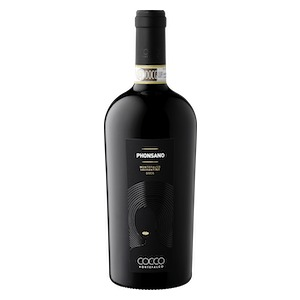