Although close to disappearing a decade or so ago, Faro DOC represents a high potential wine making area. Located close to Messina in the North East of Sicily, it gives red wines made with Nerello Mascalese and Nerello Cappuccio.

The small appellation of Faro DOC, close to Messina in the North Eastern tip of Sicily, is characterised by its rolling hills, complex soil types and temperate Mediterranean climate. It provides exciting potential for quality focussed winemakers, although sadly, few operate here. In fact, the DOC faced an existential challenge in recent years and was in danger of dropping off the register for its lack of production. In 2015 there were just 14 hectares registered.

In just over a decade the 10 hectare Le Casematte estate, named after the small forts used to shelter from soldiers guarding the straights of Messina during the Second World War, has won plenty of local praise for its wines. The 2015 Faro was made up of 55% Nerello Mascalese and 25% Nerello Cappuccio and as is customary splashes of Nocera and Nero d’Avola. In theory, the DOC also allows for small amounts of Sangiovese, Gaglioppo and Nocera.

The future remains uncertain for the Faro DOC, but with the seeming endless commercial success of Etna just to the south, it may not be longer before some of the more ambitious wineries start exploring the terroir here. After all, the varieties are the same and land is presumably much cheaper than on the now very trendy volcanic slopes. 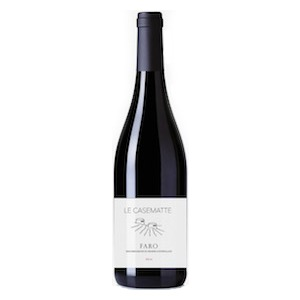 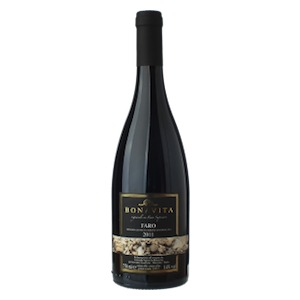 Le Casematte is a small winery founded in 2008. They have become known for their work in the Faro DOC and have achieved good results in a short space of time for their Faro DOC.