Parató Cellers is an exciting producer of Cava.

Amongst the big companies that bottle and ship large amounts of Cava, there exists a plethora of small growers and producers making Cava with a real commitment to documenting and showcasing the origins of their fruit. Parató Cellers are one such project.

During the seventeenth century, on the slopes of the Montjuïc Mountain, the Elias family cultivated their vineyards and brought the fruit back to press in their cellar in Barcelona’s neighbourhood of saints. In the sale of the resulting wine to the locals, today’s rich winemaking history at Parató was founded.

There have been modern developments of course, particularly the new winery built by Josep Elias Andreu in 1975, which was extended in 1983 and again in 2000. Today, the four siblings Josep, Montse, Esther and Jordi Elias Terns all manage ninety-three hectares of vineyard and push forward with the commitment to only produce wines from their own lands.

As you would expect from a quality of focused operation, Parató vinify each variety separately. Depending on the characteristics of the vintage they are free to blend at will, while at the same time parcels destined to become Cava will be kept apart.

There is also some red wine produced, notably a Samsó (Carignan) bottled under the Penedès DO which receives nine months in 300 litre French and American oak. These vines, located in Guardiola de Font-rubí, are now over thirty years old and are producing attractively concentrated wines with rich red fruit, sweet spice and complex notes of toast, cigar and earth.

The philosophy on Cava is most interesting; a deeply held belief that aged wines are the best expression of the territory has ensured that Parató are well known and well respected. The three varieties synonymous with Cava are cultivated, Macabeo, Xarel·lo, and Parellada, and along with some Chardonnay are present in all of their sparkling wines. The vintage Brut Nature spends twenty-four months in oak, while the reserva spends the required fifteen months.

Penedès DO “Negre Classic” Reserva
Parató Cellers, Catalonia, Spain
2005
Tempranillo (70%)Cabernet Sauvignon (30%)
“This characterful reserva offers layers of blackberry and damson backed up by a complex herbaceous streaks of rhubarb leaf and menthol. A restrained touch of vanilla is evident from 12 months in new oak before it slips behind evolved aromas of leather and cigar smoke. In the mouth, elegance and harmony come together to provide supple tannins and softened acidity while further notes of black fruit confirm this as a wine worthy of its 10 plus years of cellaring.”
89 Paul Caputo

Other wines from Parató Cellers 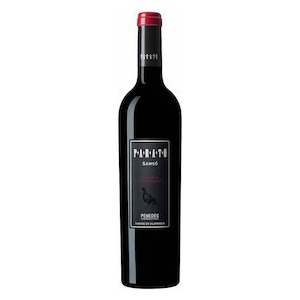