One of four Saint-Émilion satellites located northeast of the town, Puisseguin-Saint-Émilion AOC is an appellation for red wines in the Bordeaux region of France. It benefits from an unparalleled south / southeastern aspect and produces wines that are rich and fleshy with a wide ranging aromatic profile.

Like all of the Saint-Émilion appellations, Puisseguin is a visually enticing village; rugged, rolling hills and ordered vine parcels present a beautiful patchwork landscape which is illuminated by the intense summer sunshine that the area receives. Typically, the Bordeaux climate of long, warm summers and mild winters, affords the grapes ample time and consummate conditions to reach optimal ripeness, although occasionally spring frosts can pose a risk to the vines.

Non-surprisingly, the vineyards of Puisseguin-Saint-Émilion AOC are dominated by the Merlot variety which here accounts for four fifths of the seven-hundred-and-thirty hectares under vine. Cabernet Franc is the undisputed second grape, with smaller amounts of Cabernet Sauvignon and Malbec. Appellation laws - laid out on its formation in 1936 - permit the use of two other grapes - Carménère and Petit Verdot - but these are rarely planted in modern Puisseguin vineyards.

To complete the favourable terroir here, soils are fairly homogenous across the appellation’s bounds, with clay and limestone dominating, and a few small areas of alluvial gravel. The permeable limestone base layer affords the vines reliable water supply even in drier vintages.

With a production of around thirty-five-thousand hectolitres each year, Puisseguin’s wines are typically a blend of Merlot and Cabernet Franc with small amounts of Cabernet Sauvignon used to improve ageing potential. Some wine-makers here also vinify the two principal grapes as mono-varietal wines with great success. The high-quality wines of the appellation are characterised by their deep crimson hue, rounded tannins and succulent texture. 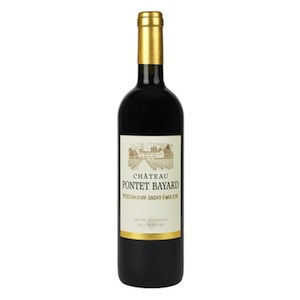 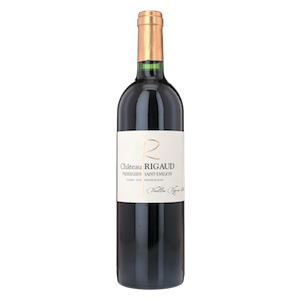 Château Rigaud is known producing sought after wines from the rarely talked about appellation of Puisseguin Saint Emilion.