Extending for approximately ninety kilometres around the southwestern French city of Bordeaux, the wine region of the same name is perhaps the world’s most renowned and revered. Principally a region of reds, the traditional Bordeaux blend is a much imitated, rarely matched assemblage of predominantly Cabernet Sauvignon, Merlot and Cabernet Franc.

The port city of Bordeaux, with its wealth of historical and cultural sights, has long been a magnet for tourists from all over the world. Offering some of Europe’s finest examples of eighteenth century architecture, as well as a vibrant arts scene, a reputation for serving up gastronomic delights and a location that places it at the centre of planet Earth’s most famous wine-making region, Bordeaux is a city of style, elegance and opulence - traits that it shares with the region’s wines. Whilst no wine is produced within the city limits, the wider region has seen continuous viticultural activity since the Romans first introduced wine for local consumption half way through the first century. Today, the region’s 120,000 hectares under vine account for 15% of France’s entire viticultural land.

A patchwork of lush rolling countryside, pine forests, quaint hilltop villages and row after row of beautifully maintained vineyards planted with mathematical precision, the Bordeaux wine landscape is one of stark contrasts and dramatic beauty. Enjoying a temperate climate with long, warm summers, mild winters, excellent soil diversity and natural drainage, the terroir of the region lends itself to the cultivation of the Merlot and Cabernet Sauvignon grapes that are synonymous with its most celebrated wines. Intense daytime sunshine in the growing season coupled with cooler night-time temperatures, and a mostly south / southeastern aspect, ensures optimal ripeness and provides the the grapes (and subsequently, the wines) with the unique character and complexity for which they are held in such high regard. Soil structure varies across the region with the left bank vines planted on predominantly gravel-based plots and the estates on the right being dominated by limestone and clay soils; hence the Châteaux of the Médoc (left bank) produce wines dominated by Cabernet Sauvignon (a later ripening variety which thrives in sandy gravel), and those of Saint-Émilion and Pomerol (on the right bank) produce principally Merlot-led blends.

Whilst the esteemed red Bordeaux blend is the region’s most recognised export, it is supported by a number of high quality white wines which also have stellar international reputations, in particular the dry whites of Pessac-Léognan and the celebrated sweet, botrytized wines of Sauternes. Sauvignon Blanc, Sémillon and Muscadelle are the chief permissible varieties in the white Bordeaux blend, although it is common for the wines to be made entirely from the first two grapes, and rare - although not unheard of - for mono-varietals to be produced. In addition to the three principal grapes of Cabernet Sauvignon (nearly two thirds of plantings), Merlot (almost one quarter) and Cabernet Franc (roughly one tenth), the red grape vineyards of Bordeaux also contain smaller amounts of Malbec, Petit Verdot and Carménère, which although permissible, are rarely used in an estate’s Grand Vin.

In all, the region boasts over ten thousand individual producers and more than fifty AOCs, ranging from generic, catch all labels to the prestigious first growth châteaux of the Haut-Médoc on the left bank, and the renowned appellations of Pomerol and Saint-Émilion on the right. Production is varied, quality-focussed and copious. 2016 saw almost six-hundred million litres of wine produced in the region with everything from simple, everyday blends (sold under the Bordeaux AOC label and purchasable for a few pounds) to, at the other end of the scale, some of the world’s most exclusive and expensive wines. Amongst a number of internationally renowned estates, the region is home to Château Pétrus (Pomerol AOC), Château Cheval Blanc (Saint-Émilion), Château Latour and Château Lafite-Rothschild (both Pauillac AOC).

Barsac is a key appellation in Bordeaux’s small but legendary sweet wine scene. Although often overshadowed by the global fame of neighbouring Sauternes, it is home to some outstanding botrytis style sweet wines.

The generic, regional level appellation Bordeaux AOC, can be used for both red and white wines produced in the Bordeaux region of France. Since there are a number of prestigious enclaved appellations within this region, the wines sold under the basic label are usually entry level wines.

Established in 1973, Cadillac is a French wine appellation within the region of Premières Côtes de Bordeaux AOC. It takes its name from the small, fortified town, thirty kilometres south of Bordeaux, and is known for the production of sweet, botrytized wines.


See all appellations of Bordeaux

Established in 1936, Cérons is a French wine appellation in the Bordeaux region, around thirty kilometres southeast of the city. The label is reserved for sweet white wines and includes the communes of Illats and Podensac as well as the village from which it takes its name.

An appellation for wine in the area known as the right bank of the Bordeaux region, Côtes de Bourg’s four-thousand hectares of vine are dominated by dark skinned grapes. Red wines here are generally rounded, fruit driven and based around the Merlot grape, whilst the small amount of whites produced comprise mostly of a typical Bordeaux blend.

Entre-Deux-Mers is a French wine region and appellation d’origine contrôlée in the southwest of the country. The AOC is reserved for dry white wines only, with red wines produced in the same area sold under the generic Bordeaux AOC or Bordeaux Supérieur AOC labels. Other, more specific appellations within the same geographic restriction include Cadillac and Sainte-Croix-du-Mont (both applied to sweet wines).

Fronsac AOC is a red wine appellation in the Bordeaux region of France. Somewhat overshadowed by the internationally acclaimed Châteaux of Saint-Émilion and Pomerol, the estates of Fronsac produce well-balanced, fruit-forward blends, which offer affordable alternatives to the expensive wines of the neighbouring appellations.

Graves AOC is a district level wine appellation in the Bordeaux region of France. Named for the gravelly alluvial soil which characterises its terroir, the Graves label covers both the red and dry white wines of this area. Its prestige somewhat diminished by the formation of the Pessac-Léognan appellation in 1987, Graves nonetheless continues to produce distinctive, high-quality Bordeaux blends which transcend their reputation.

Somewhat confusingly given the literal translation of its name, Haut-Médoc refers to the southern part of the greater Médoc peninsula - a viticultural area of approximately four-thousand-six-hundred hectares on the left bank of the Gironde estuary. The appellation produces lively, powerful wines with complex aromas; several of its estates have been included in Cru Bourgeois classifications.

Located just to the north of of the prestigious Pomerol appellation, the larger Lalande-de-Pomerol offers good value red blends produced from Merlot and Cabernet Franc, as well as small amounts of Cabernet Sauvignon.

Listrac-Médoc AOC is perhaps the least important of all the Médoc appellations, mainly due to its high limestone content and lack of gravels in the soils. Merlot is used frequently to soften the wines here.

Lussac-Saint-Émilion AOC - the northernmost of the four so called Saint-Émilion satellites - is an appellation for red wines in the Bordeaux region of France. Its wines are characteristically elegant and complex with a deep colour and red fruit flavours.

A red wine appellation in the Haut-Médoc sub-region of Bordeaux, Margaux is home to a greater number of Cru Classé estates than any other AOC on the left bank. It is also notable as the Médoc’s largest appellation with 1530 hectares under vine, and is known for producing refined, fragrant wines with intense colour and elegant tannins.

Médoc AOC is a wine appellation in the Bordeaux region of France. Whilst by definition the label can be applied to wines produced anywhere in the Médoc district, in practice it only really applies to those produced in the northern third (beyond Saint-Estèphe AOC). Regarded somewhat less favourably than the renowned blends of the more prestigious sub-appellations, wine sold under the generic Médoc label often represents good value.

Montagne-Saint-Émilion is an appellation for red wines in the Bordeaux region of France. The label can be applied to all wines which comply with the AOCs production rules, and are produced within the commune of Montagne itself, or in the tiny hamlets which surround the town. Wines from this appellation tend to be full-bodied with a good tannic structure and intense red berry aromas.

The village of Moulis lends its name to this appellation for red wines in the Haut-Médoc region of Bordeaux. Established in 1938, the AOCs wines are similar in style to the classified growths of the neighbouring appellations, albeit considerably less expensive. Generous, deep-coloured Bordeaux blends with lots of finesse and ageing potential are to be expected from this small, quality-focussed appellation.

Home to three of the five Premier Cru estates of the Médoc, Pauillac AOC ranks amongst the world’s most prestigious appellations. Its internationally acclaimed wines are known for their power, complexity and structure, as well as their ability to age and evolve over time.

Pessac-Léognan is one of the most respected appellations in Bordeaux. Just south of the city, it boasts sixteen chateaux that were rated as Grand Cru Classé de Graves in 1953.

Pomerol is a red wine appellation in the Bordeaux region of France. Distinguished from neighbouring Saint-Émilion in 1923, it gained AOC status thirteen years later and is now regarded as one of the region’s most prestigious labels.

One of four Saint-Émilion satellites located northeast of the town, Puisseguin-Saint-Émilion AOC is an appellation for red wines in the Bordeaux region of France. It benefits from an unparalleled south / southeastern aspect and produces wines that are rich and fleshy with a wide ranging aromatic profile.

Half an hour east of the city of Bordeaux lies Saint-Émilion, the charming medieval village from which the famous wine appellation takes its name. The complex geological make-up and superb microclimate of the Saint-Émilion area delivers some of the Bordeaux region’s most exquisite wines.

The charming village of Saint-Georges, in the Libournais sub-zone of Bordeaux, gives its name to the smallest of the Saint-Émilion satellite appellations. Its wines are typically robust, powerful and deep in colour.

Sauternes is one of the world’s great appellations for botrytis influenced sweet wines. Produced from Sémillon, Sauvignon Blanc and Muscadelle. 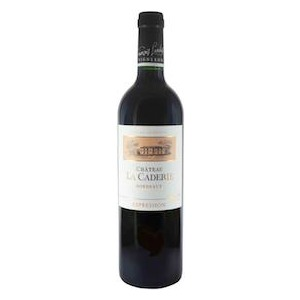 Château Massereau is known for low production wines from Graves.

Château Pontet-Canet is a fifth growth estate in Pauillac.

Château Tour Bayard is a ten hectare estate in the Montagne-Saint-Émilion AOC.

Château Belle-Vue is a Cru Bourgeois property in the Haut-Médoc.

Château Broustet is a classed growth property in the Sauternes and Barsac area of Bordeaux.

Château Smith-Haut-Lafitte is one of the great names of Pessac-Léognan.

Château d’Argan is a Cru Bourgeois property in located in the Médoc, in St Germain d’Esteuil, where it benefits from fine clay-limestone terroir.

Château Malescot St. Exupéry is a third growth estate in Margaux. The seven hectare property was acquired by the Zuger family in 1955 but they kept the name and thus the link to the famous writer Antoine de Saint-Exupéry. Over the years the château has expanded to cover twenty-four hectares and the since 1994 Jean-Luc Zuger has been in charge.

Château Lilian Ladouys is a Saint-Estèphe property that is gaining lots of attention at the moment for a recent improvement in quality. Vineyards have been restructured to refocus on the appellation’s terroir. The estate was classified as Cru Bourgeois Exceptionnel in 2018.