Strevi is perhaps one of the best areas in Italy for the Moscato Bianco grape. These rolling hills offer the perfect conditions for Passito style wines.

Strevi DOC was created in 2005 exclusively for the production of sweet passito wines from the white Moscato Bianco. Cultivated on the steep hillsides around the village of Strevi, this tiny DOC is recognised for its ability to give wines that differ in character to the much larger Moscato d’Asti growing area just to the west. Primarily, its recognition as a premium quality wine area has come due to Strevi’s potential for long ageing.

The commune of Strevi is home to just 2000 people and lies a short drive from Aqui Terme (famous for the sweet Brachetto d’Aqui) in the Alto Monferrato area of Piedmont. Its history is tied to the legend of the seven Jews. Ten brothers arrived in the region on the hunt for somewhere to live. Three of them abstained from alcohol and founded their settlement in Trisobbio, close to Ovada, while the remaining seven wine lovers named their place Septembrium - what we know today as Strevi.

Strevi wines are known for their exotic perfumes, fruity fragrance and gentle freshness. Strevi is one of the most elegant of Italy’s passito wines and many argue it to be provide the world’s best expression of Moscato Bianco. Today the wines of Strevi are most accessible through the quality focussed Marenco winery although there are still a dozen or artisan producers. 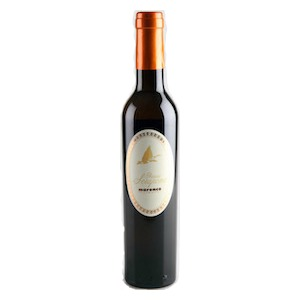 Marenco is one of the great producers of Strevi, the little known sweet wine produced in Piedmont from the Moscato Bianco grape. The winery is also well known for their excellent Brachetto d’Aqui and in more recent years, the Albarossa grape.