Beringer Vineyards - established one hundred years after the declaration of independence - is considered by most to be Napa Valley’s oldest continually operating winery. Today, the company produces a wide variety of wines from typical Californian grape varieties, ranging from simple, everyday blends to private reserve varietals which are on par with some of the world’s finest.

The history of Beringer began in earnest nearly a century and a half ago, when (in 1875) German brothers Jacob and Frederick (Beringer) purchased close to ninety hectares of land in California’s now acclaimed Napa Valley sub-zone, thus laying the foundations for the internationally renowned winemaking organisation that we see today. Progress was swift - the brothers produced eighteen-thousand cases of wine from their very first harvest, and began a series of renovations and improvements with almost immediate effect including starting construction of the Rhine House (completed in 1884) - an ornate Victorian mansion, which has since become the centrepiece of the property. Neither the perils of Phylloxera or Prohibition could halt the Beringer bandwagon. In fact, the company - having been granted a license to produce wine for religious purposes - were able to continue operations between 1920 - 1933, when most other wineries were forced to abandon their vines and close their cellars.

The original vineyard of St. Helena, adjacent to the winery, continues to yield excellent fruits year on year. However, over time the estate has added numerous other prime plots to its portfolio - most of them within the Napa Valley AVA - with some reaching elevations of up to six-hundred metres above sea level. Each vineyard, on account of its location, altitude, soil composition and microclimate, offers its own unique terroir, and grape varieties are carefully matched to ensure ideal conditions for growth. As well as the principal varieties most synonymous with Californian wine - Cabernet Sauvignon and Chardonnay, Beringer also produce wines from the Merlot, Pinot Noir and Zinfandel grapes, amongst others.

One of the most well known Beringer vineyards is at Knights Valley, some twenty-five kilometres north of the winery. The alluvial soil here is fine and well drained, and the wine - a Bordeaux style blend led by Cabernet Sauvignon - is an elegantly structured, plush cuvée with silky smooth tannins and exceptional potential to age. In the vineyards at Knights Valley, the dominant Cabernet variety is joined by other tradition Bordeaux grapes - Merlot, Malbec, Cabernet Franc and Petit Verdot, and the composition of the wine varies in line with the specific conditions of each vintage.

Beringer’s flagship wines however are those with the Private Reserve label, produced from the finest fruits of the company’s best vineyards. Much of the Cabernet Sauvignon comes from the vineyards at Bancroft and Steinhauer Ranch, which sit high upon Howell Mountain, whilst the Chardonnay grapes are drawn principally from Beringer’s northernmost vineyard at Gamble Ranch. These wines are multi-award-winners; the rich, full-bodied Cabernet and vibrant Chardonnay ranking alongside some of America’s finest.

At Beringer, just as at so many of these elite producers, winemaking is an exact art form punctuated by meticulous planning and attention to detail. Heralded as pioneers of the US wine industry, the company was amongst the first to use a gravity-feeding system at its facility, one of the first in the region to ferment in French oak, and the first to embrace the phenomenon of wine tourism by opening its doors to visitors as early as 1934. Nowadays, Beringer wines are exported all over the world, across all price points with a remarkable consistency and an unbending reputation for high quality. Visitors are always welcome; the winery operates tours and tastings which take place in the library of the Rhine House, and despite the various changes of ownership over the years, the Beringer name is still in charge of the wine! Mark (Beringer) - great-great-grandson of the company’s founder assumed the role of chief winemaker here in 2015. 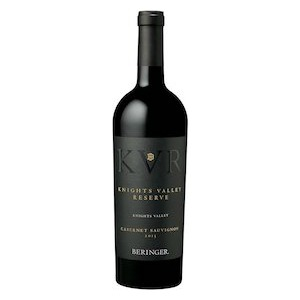