Located close to the border with Pomerol and comprising thirty-nine hectares of beautifully tended vineyard, Château Cheval Blanc is one of the Bordeaux region’s premier wine producers and the most renowned estate in the Saint-Émilion appellation. In addition to its ‘Grand Vin’, Cheval Blanc also produces a second red wine (Le Petit Cheval), and since 2014, a white varietal from the Sauvignon Blanc grape.

Château Cheval Blanc’s unique terroir provides the estate with ‘the best of both worlds’. Whilst typically Saint-Émilion châteaux have either gravelly or clay soils, this estate has both in equal proportion and the diversity of composition, together with the range in age of the vines and the type of rootstock, calls for the vineyard to be divided into forty-five individual parcels, each one unique from the next.

The region, the appellation and the estate have a long history of viticultural activity, however the key date regarding the future direction - and subsequent success - of Château Cheval Blanc was perhaps in 1832, when the estate was acquired by Jean-Jacques Ducasse. Ducasse added to the area with land purchases from Château Figeac over the next twenty years, and wine was first produced and sold under the Cheval Blanc name in 1852. Somewhat fortuitously, Henriette - daughter of Jean-Jacques married a wine merchant - Jean Laussac-Fourcaud, and the couple’s replanting of the estate in the 1860s / 1870s, proved a stroke of genius - the then atypical mix of Cabernet Franc and Merlot remains almost the same one hundred and fifty years later.

The vineyard is composed of 52% Cabernet Franc, 43% Merlot and 5% Cabernet Sauvignon and whilst the exact percentages of the resultant wine varies with vintage, Cabernet Franc - so often seen as the insurance variety - has been a major grape component in all of the most celebrated vintages. The famed ‘1947’ - widely regarded as Cheval Blanc’s best of the twentieth century and referenced in the 2007 Pixar film ‘Ratatouille’, is an equal split of Cabernet Franc and Merlot, and the variety (Cabernet Franc) is the dominant grape in many other acclaimed vintages.

To create wine of such merit the vineyard and cellar at Cheval Blanc is a year long, labour intensive operation. Whilst the vines hibernate in winter, pruning and a stringent checking process take place at this time to ensure each vine is firmly attached and undamaged. In spring as the growing process begins, ‘suckering’ or the removal of shoots that do not bear fruit is carried out, and in summer, after the first berries appear, leaves are thinned and trimmed to allow the grapes maximum sunlight. Some vines also have excess grape bunches removed to reduce the risk of rot.

At Cheval Blanc, grapes are only picked when they are perfectly ripe and it is the condition of the fruit (assessed daily from September), rather than logistical operations that determine this time. Once they are considered to have reached optimal ripeness, the grapes of each plot are picked by hand, weighed and stored separately in a cool room. The following day the grapes are subject to three strict quality sorts when imperfect berries are rejected and the accepted fruits are de-stemmed and crushed before the vinification processes begin.

The estate’s cellar - a six-thousand square metre facility designed by Christian de Portzamparc, is a work of art in itself. And it is here that the craft of transforming the grape harvest into some of the world’s most exquisite wine takes place. Alcoholic and malolactic fermentation is performed in temperature controlled vats with a tiny amount of sulphur added after the second fermentation to prevent oxidation. When the fermentation processes are complete, the wines are aged in French oak, with unobtrusive lighting and regulated temperature, for a period of sixteen to eighteen months, during which racking takes place five or six times.

Only after three months in the barrel are the wines from different plots blended to create the year’s unique expression of Cheval Blanc; the plots included in the Grand Vin vary with vintage and are determined solely by tasting. However, whilst each vintage offers up a fresh interpretation, the characteristics synonymous with the Château and its reputation remain a constant thread. Cheval Blanc produces elegant, well balanced wines, crimson in colour with aromas of red and black fruits and fantastic ageing potential. 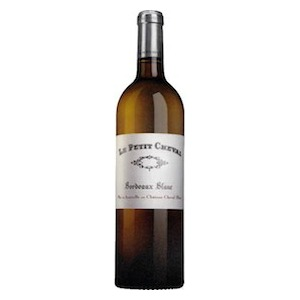 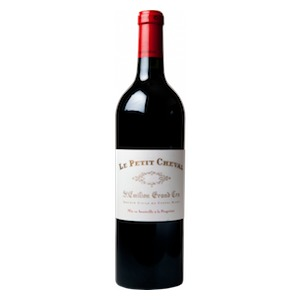 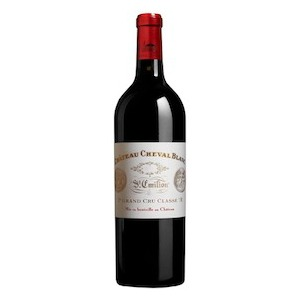