The village of Moulis lends its name to this appellation for red wines in the Haut-Médoc region of Bordeaux. Established in 1938, the AOCs wines are similar in style to the classified growths of the neighbouring appellations, albeit considerably less expensive. Generous, deep-coloured Bordeaux blends with lots of finesse and ageing potential are to be expected from this small, quality-focussed appellation.

Moulis-en-Médoc’s fifty wine-growers share six-hundred-and-thirty hectares, producing around four-million bottles each vintage. Cabernet Sauvignon, Merlot, Cabernet Franc, Malbec (also known here by the alias Côt), Carménère and Petit Verdot are all permissible plantings within the appellation. It is first two grapes however, which dominate the vineyards and the resultant wines, with the minor varieties being used in small quantities to bring aromatic complexity and structure to the blend.

Whilst it was the Romans who first cultivated grapes in this part of the Médoc, it wasn’t until the sixteenth century that viticultural development really began to take hold in the area. Today, the AOCs label can be applied to red wines produced within and around the village of Moulis, as well as from parcels in Arcins, Avensan, Castelnau, Cussac, Lamarque and Listrac. To ensure consistent quality, the yield is restricted to forty-five hectolitres per hectare, the planting density must fall between 6,500 and 10,000 plants per hectare and the resultant wines must have an alcohol level in excess of 10.5%.

Perhaps the appellation’s most well-known estate is the somewhat bizarrely titled ‘Château Chasse-Spleen’, an acclaimed Cru Bourgeois property in the eastern part of Moulis, close to the village of Grand-Poujeaux. Here, the vineyards are formed of free-draining Gunzian gravel on loose, stony soils, a contrast to the clay-limestone of the central and western quarters.

The varied terroir across the appellation’s geographic bounds are expressed in the different styles of the wines produced here. From the gravelly soils of the east, come fine, elegant blends with a rich bouquet of aromas and a great ability to age. Whereas, the clay and limestone rich soils of the west / centre, deliver powerful, robust blends with equal ageing potential. 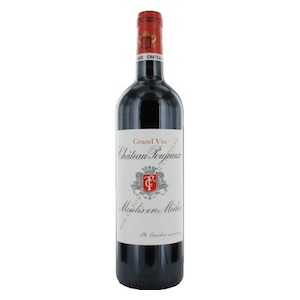 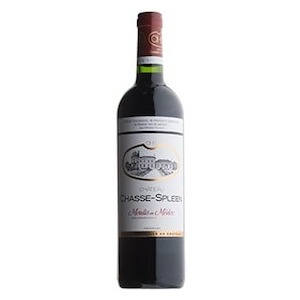 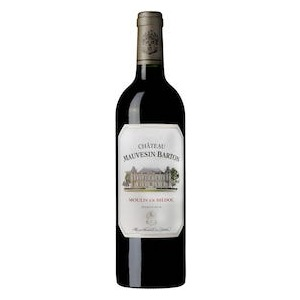 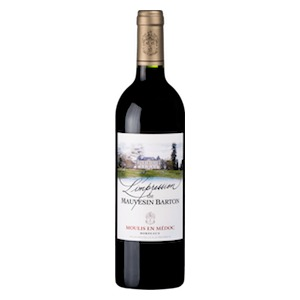 Along with Château Poujeaux, Château Chasse-Spleen is the most important estate in the Moulis-en-Médoc AOC. Consistently classified as a Cru Bourgeois property, it often outperforms some of its more esteemed neighbours on the left bank.

Château Mauvesin Barton has been owned by the Barton Sartorius family since 2011. Now in the same portfolio as Château Léoville Barton and Château Langoa Barton, this historic property is helping to highlight the potential of the Moulis-en-Médoc AOC appellation.

Château Poujeaux produces wines in the traditionally less celebrated terroir of Moulis-en-Médoc and manages to achieve consistently high acclaim for its wines. Covering 70 hectares of vines on the summit of the Grand Poujeaux slopes, it is owned by the Cuvelier family.