Named after the eight-hundred-and-twenty-five metre high Mount Veeder, the appellation was officially recognised in the early 1990s on account of its elevated, sun kissed terroir. Indeed some of the vineyards here occupy sites almost as high as the mountain itself with the steep slopes, abundant sunshine and thin, free-draining soils providing ideal growing conditions for the production of premium quality Cabernet Sauvignon.

However, the art of viticulture on the mountain is by no means easy. The very terrain that brings out the best in the grapes by forcing the roots deep into the soil to find nutrients, proves somewhat difficult for growers in tending the vine and harvesting the fruit. Despite this, grape growing and subsequently winemaking has taken place in Mount Veeder since the 1860s halted only by the onset of Prohibition, and revived as part of the state-wide wine renaissance of the 1960s and 1970s.

The appellation covers an area of six-thousand-five-hundred hectares in the Mayacama mountains which separate the Napa Valley from Sonoma. Only around 6% or four-hundred hectares is planted to vine and almost all vineyard work is done by hand. Californian favourite Cabernet Sauvignon is by far the most cultivated variety here though other Bordeaux grapes such as Merlot, Cabernet Franc, Malbec and Petit Verdot have some presence. The principal white variety is Chardonnay and there are much smaller plantings of Viognier, Riesling, Grüner Veltliner and Gewürztraminer.

The AVAs microclimates are influenced both by elevation and proximity to San Pablo Bay. Being above the fog line, many Mount Veeder plots experience plenty of direct sunlight exposure with those on the northern side generally warmer than the more southerly vineyards which benefit from marine air, cool ocean breezes and subsequently increased hang time. The intensely concentrated and well balanced fruit which grows here delivers elegant, structured wines that age gracefully. 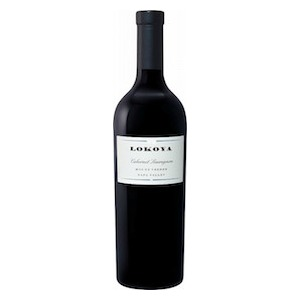