Sonoma County, around forty-five minutes north of San Francisco, is amongst the most recognised names in American wine. With more than four-hundred wineries, twenty-four-thousand hectares of vineyard, and a reputation for producing wines of supreme quality, Sonoma - along with neighbouring Napa- is a leading light in an increasingly bright Californian wine scene.

The first vines were planted around what is now the city of Sonoma in the early 1800s, and viticultural practice very quickly established itself across the county thereafter. By the 1920s, nearly nine-thousand hectares of vineyard had altered the area’s agricultural landscape beyond recognition, with two-hundred plus wineries experiencing rapid growth in demand, and new producers popping up all of the time. Prohibition of course brought progress to an abrupt halt, with less than a quarter of the county’s cellars reopening after its repeal in 1933. Growth in the industry remained slow thereafter and it is only really in the last fifty years or so, that Sonoma County wine - and that of California in general - has begun to assert itself on the world stage.

Today, Sonoma boasts eighteen AVAs and produces approximately 6% of the state’s wine. Amongst the most highly regarded appellations are Russian River Valley - accounting for one sixth of the area’s vineyards and famed for its ethereal expressions of the Pinot Noir grape, and Knights Valley - close to the border with Napa, where full-bodied, Cabernet Sauvignon reigns supreme. In all, the county’s grape portfolio is reflective of the larger Californian picture with Cabernet Sauvignon, Chardonnay and Pinot Noir the principal varieties, and Merlot, Zinfandel, Syrah and Sauvignon Blanc comprising the majority of the remainder. These seven leads account for more than 90% of the area under vine, but there are more than sixty grapes cultivated in total, ranging from obscure indigenous types to established European varieties.

Blessed with a favourable climate, diverse typography and a stunning location on the Pacific coast, the wine industry here is a significant contributor to the Sonoma economy and is closely aligned with tourism. Wineries, whether small, boutique cellars or multi-site large scale operations, offer tours and tastings as standard, and the area’s acknowledged commitment to sustainable viticulture is a magnet for environmentally conscious wine lovers around the world. A quality-focussed, progressive wine region, Sonoma produces exceptional wines and is responsible for many of the greats on which California’s reputation has been built.

Covering a thirty-kilometre stretch of the Russian River in Sonoma County, California, Alexander Valley is amongst the state’s best known appellations. Since the US wine industry’s renaissance in the 1960s, the AVA has become synonymous with elegant, first-class Cabernet Sauvignon varietals.

Bennett Valley - granted official AVA status in 2003 following a campaign by one of the region’s most notable producers (Matanzas Creek Winery), is best known for its wines from the Sauvignon Blanc and Syrah varieties.

Carneros - sometimes referred to as Los Carneros (Spanish for The Rams) - is an American Viticultural Area that straddles the border between Napa and Sonoma counties in California. Famous as the setting for Microsoft’s Windows XP ‘Bliss’ desktop background, its distinctive characteristics of microclimate and geography create perfect growing conditions for the Chardonnay and Pinot Noir grapes.

Chalk Hill is a wine appellation which occupies the north eastern corner of the larger Russian River Valley AVA in Sonoma County. So named for its chalk-like ashen soils, the AVA is known for its red wines from traditional Bordeaux varieties, its crisp white varietals and its offerings from grapes such as Sangiovese, which thrive in a warmer climate.


See all AVAs of Sonoma County

In the north of Sonoma County, California, lies the seven and a half thousand hectare Dry Creek Valley wine appellation. This topographically and climatically diverse region is considered one of the America’s best terroirs for cultivating the Zinfandel grape.

Established as an AVA in 2012, Fort Ross-Seaview offers a unique terroir distinct from the rest of Sonoma County on account of its westerly location and elevation. A little more than two-hundred hectares of vine occupy steep coastal ridges overlooking the Pacific Ocean, producing exquisite, terroir driven Pinot Noir and Chardonnay varietals.

Surrounded by some of Sonoma County’s most prestigious appellations including Alexander Valley, Chalk Hill and Russian River Valley, Fountaingrove District is an American Viticultural Area established in 2015. The AVA is best known for its wonderful, scenic views, rolling hillsides and exquisite wines principally from Bordeaux and Rhône varieties.

Green Valley of the Russian River Valley is an American Viticultural Area in Sonoma County, California. The appellation is best known for its aromatically complex wines from traditional cool climate varieties such as Pinot Noir and Chardonnay.

Sandwiched between Alexander Valley AVA and Napa County, and officially recognised as an AVA since 1983, Knights Valley is one of Sonoma County’s original appellations. The area is renowned for its cultivation of the Bordeaux grapes and is particularly acclaimed for its rich, full-bodied wines from the Cabernet Sauvignon variety.

Fabulously named and acclaimed for its high elevation Cabernet Sauvignon and old vine Zinfandel varietals, Moon Mountain - close to Sonoma County’s border with Napa, was officially designated as an AVA in 2013.

Northern Sonoma is one of the three ‘Sonoma’ AVAs, along with Sonoma Coast and Sonoma Valley, that together cover the entire geographic area of the county. Given its size, it comes as no surprise to learn that a wide variety of grapes are grown here; Cabernet Sauvignon, Zinfandel, Chardonnay and Pinot Noir are most prevalent in the appellation’s vineyards.

One of the United States’ newest wine appellations, Petaluma Gap - covering parts of Sonoma and Marin counties in California - was granted AVA status in December, 2017; its distinctive microclimate distinguishing it from the wider Sonoma Coast AVA. The area is principally known for its Pinot Noir and Chardonnay varietals.

Pine Mountain-Cloverdale Peak is a high-elevation wine appellation in the north of Sonoma County close to the border with Mendocino. Granted AVA status in 2011, the area’s steep mountainous terrain and shallow soils provide perfect growing conditions for a number of grapes, most significantly Cabernet Sauvignon.

Rockpile is an American Viticultural Area in the north of Sonoma County, close to its border with Mendocino. Best known for its Zinfandel varietals, the area benefits from a terroir which is utterly distinct from its neighbours and hence, the wines of this region are quite unlike those grown elsewhere in the county.

One of America’s most famous wine appellations, Russian River Valley in Sonoma County, California, is well known for its world class varietals from the Chardonnay and Pinot Noir grapes. Designated as an AVA in 1983 - and expanded in 2003 to include the Green Valley region - Russian River Valley accounts for roughly 16% of Sonoma’s area under vine.

Sonoma Coast AVA, established in 1987, is a large viticultural area covering much of the county from which it takes its name. Around eight-hundred of the appellation’s two-hundred-thousand hectares of land are planted to vine, with the Burgundy varieties Pinot Noir and Chardonnay considered the principal grapes.

Sonoma Mountain is an American Viticultural Area centred around the eponymous peak of the Sonoma Mountain range. With a fraction over three-hundred hectares planted to vine at elevations up to seven-hundred metres, the appellation produces premium wines from Cabernet Sauvignon, Chardonnay and Pinot Noir.

Flanked to the west by the Sonoma Mountains and to the east by the Mayacamas, Sonoma Valley AVA is a large wine appellation in the Californian county of Sonoma. The area is known for its world-class varietals from Chardonnay, Pinot Noir and Cabernet Sauvignon. 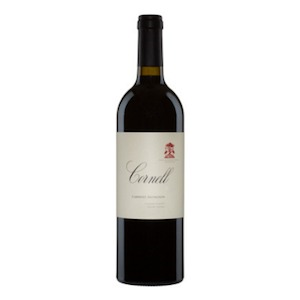 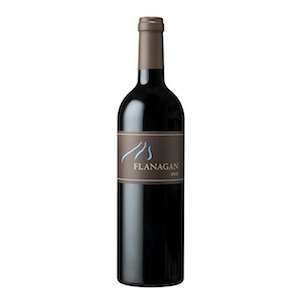