Azienda Agricola Inama is often cast as one of the leading lights of Soave, one of the sign posts for high quality independent wine making in an area plagued by uninspiring bulk production. For many years this was the case, although today there is a large and vibrant scene of independent, boutique Soave producers that can showcase exceptional single vineyard wines.

Regardless, Inama remains one of the most important names in Soave, both in terms of reputation and of course, the quality of the wine. Over the years the Inama family have acquired parcels of vineyards throughout the ‘classico’ area of Soave and beyond into the unexplored hills of Berici and Stefano Inama can now boast a very sustainable half a million bottles a year. This should not worry the purist however as despite the impressive expansion, the wines are in fact wonderful terroir driven examples of what this enclave of the Veneto region is capable of.

The roots of Inama’s modern day brand are planted in Soave’s disappointing reputation during the 80s and 90s. To stand out, or indeed to make a point, the company attempted to lead with something new. Stefano wanted to show that the hills to the north east of Verona were actually capable of much better, that the plethora of poor wines was a result of viticultural laziness rather than a flawed territory.

And so, with inspiration taken from the great wines of the Loire Valley, Sauvignon Blanc was chosen as the variety best suited to portraying the territory’s ability to produce quality white wines. The first vintage of ‘Vulcaia’ was released in 1991, along with a fume version.

Today however it is the old vine vineyard in the hilly area of Monte Foscarino that provides the grapes for Inama’s flagship wine. Purchased in 1965 by Stefano’s father, Giuseppe, it is made up of the primarily volcanic soils that characterise this part of the Soave Classico zone; here guyot trained Garganega takes on an impressive mineral personality. Multiple plots make up around seven hectares here, with each handpicked and vinified in steel separately. Blended, the resulting wine is impressive. Vignetto du Lot isn’t a typical wine for the region but its quality certainly merits the deviation in style.

In 1997 the company diversified and turned their attention to the relatively unexplored area to the east known as Colli Berici. These gentle hills are given over to a variety of agricultural pursuits, of which wine represents just a small proportion. But here Inama have one of the largest plots of Carménère in Europe. Attracted by its potential to produce soft, velvety red wines, Stefano planted Carménère in a picturesque site. Here it is much easier to obtain certification for their organic viticultural techniques. Their only neighbours are a large forest.

The result is a 100% Carménère wine produced only in the best vintages. It’s impressively perfumed and packed with fleshy red fruit. Maceration takes place over fourteen days in stainless steel, as does the malo-lactic. The wine is then racked and transferred to 50% new oak and 50% used French barrique where it will spend eighteen months before a further twelve in bottle.

In 2012 the company began an exciting collaboration with Fattoria la Valentina in Abruzzo. 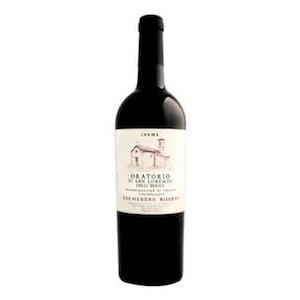 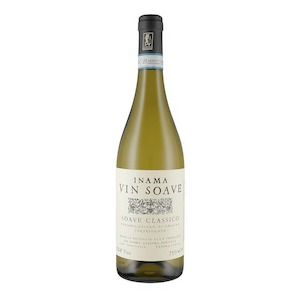 Soave DOC Classico
Azienda Agricola Inama, Veneto, Italy
2016
Garganega (100%)
“Gentle wine with an attractive floral nose. This is well balanced in the mouth with a light touch on the finish.”
89 Paul Caputo 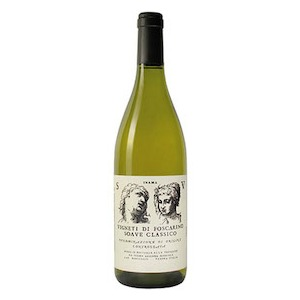 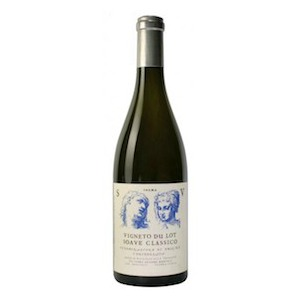 Other wines from Azienda Agricola Inama 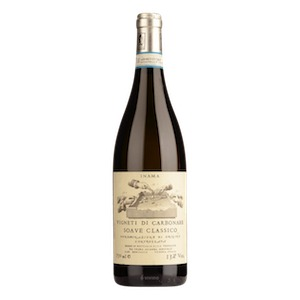