Sierra Foothills is a sub-zone and American Viticultural Area (AVA) located in the northwestern foothills of the Sierra Nevada mountains. Smaller in size than the North Coast - but not by much - the area boasts a fraction over one million hectares (of which around two-thousand-five-hundred are planted with vines), and produces high quality, good value wines principally from the Zinfandel grape.

The first vineyards appeared in the Sierra Foothills soon after the discovery of gold in 1848, and within twenty years, the industry was thriving. Many of the new settlers - Europeans from winemaking heritage - had planted vines on their land and were producing wine for both personal consumption and commercial purposes. This rapid growth continued for a half century or so before the great depression and prohibition brought the American wine train to an abrupt halt.

Nowadays, the Sierra Foothills sub-zone is once again an area of intense viticultural activity and winemaking excellence. Its vineyards - including many of the state’s oldest - are mostly located along the mountainous border between California and Nevada, stretching from Yuba County in the north to Mariposa County in the south. Various conditions here can make viticulture difficult, however winemakers are rewarded with low yields which are often high in quality and perfectly balanced in aromas and acidity. Rocky soils force roots deep into the ground in search of nutrition and hydration, and temperature variation between day and night is significant, resulting in slow-ripening grapes with rich and complex flavour compounds.

The climate of the Sierra Foothills is quite distinct from that of the cooler coastal regions, with long days of warm sunshine, increased humidity and cooler evenings punctuated by alpine winds. Altitude is another important aspect of the terroir here and whilst many of the vineyards are at elevations of around three-hundred metres above sea level, a small number occupy plots much higher - up to almost one thousand metres.

Wineries in this part of California are famously friendly and often family run. Many are small, boutique operations, and opportunities for wine tours and tasting events are plentiful throughout the year. As well as the Zinfandel based wines for which the area is best known, other grape varieties such as the state superstars - Chardonnay and Cabernet Sauvignon, as well as Syrah, Viognier and the Italian grape Barbera, have established themselves within the sub-zone, producing good quality wines at various price points.

Counties of the Sierra Foothills

Named after a San Franciscan rancher and gold miner, Amador County in California’s Sierra Foothills, has a rich viticultural history dating back to the gold rush of 1848. Although a wide range of grapes are cultivated here, the region is best known for its intense Zinfandel varietals produced from some of the state’s oldest vines.

Located in the Sierra Foothills sub-zone, El Dorado County - the birthplace of the gold rush - is a topographically complex region of gentle hills and rugged mountain peaks. Famous for its spectacular scenery, tourist attractions and agricultural diversity, the wine scene here has attracted interest far beyond the bounds of California.

One of California’s original counties, Yuba County is a topographically diverse region at the point where the Sacramento Valley meets the Sierra Nevada Mountains. Wines from this area are distinguished by an earthiness and minerality more commonly associated with European varietals. 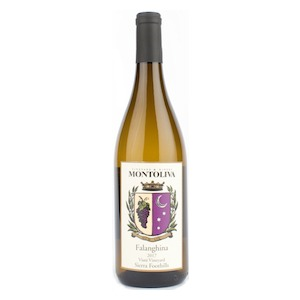 Montoliva Vineyard is based in California where under the management of winemaker Mark Henry it has built a solid name for producing wines from Italian varieties such as Teroldego and Barbera.