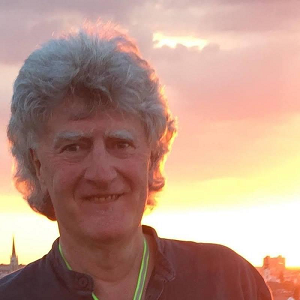 Stephen Quinn has worked as both a journalist and journalism teacher for more than four decades in nine different countries. He blogs about wine at sraquinn.org

Wars have had a major impact on the Asolo wine region north-west of Venice. Between 1792 and 1802 Napoleon’s army fought a coalition of Austrian, Russian and Italian troops in northern Italy in what became known as Napoleon’s Italian campaign.

In 1801 Napoleon ordered his troops to replace local grapes with French varieties such as Cabernet Sauvignon. The aim was to impose French order, and he believed one way to do that was to plant French grapes.

A handful of winemakers in Asolo have been resurrecting the Recantina grape, the only variety native to the region. Armando Serena, president since 2012 of the Consorzio Vini Asolo Montello, said six estates currently grew this grape on a total of about ten hectares.

Grape expert Dr Ian D’Agata allocated only half a page to Recantina in his huge book Native Wine Grapes of Italy, published in 2014, though he said he would give it more space in his new book, Italy’s Native Wine Grape Terroirs, published earlier this year. I have yet to read the new book.

D’Agata said Recantina had been cultivated at least since the 1600s around Treviso in Veneto. It “has always been a highly regarded variety,” D’Agata said in an email. He described it as “a very perfumed wine (blackberry and an intense note of violet) with good tannic structure and acidity” and predicted that Recantina would “almost certainly one day” be included in the blends for Valpolicella and Amarone.

The Giusti estate near Montbello has half of the Recantina vines in the Asolo region, and has planted another six hectares in the past few years. Recantina Montello Colli Asolani has been a DOC since 2012. Asolo is best known for making Prosecco.

Ermenegildo “Joe” Giusti founded Giusti Wines in 2003. The estate’s flagship Recantina is called Augusto, named after Joe’s father Augusto who was born in Venissieux in France and who had a passion for wine. Ermenegildo left Italy aged seventeen and became a millionaire in the property industry in western Canada as founder and owner of the Giusti Group. Canadians could not pronounce his first name and insisted on calling him “Joe”. He is still called “Joe” in Alberta.

Giusti lives half the year in Canada and the other half in Italy. He currently has seventy-five hectares of vineyards on ten properties between the hills of Montello and the Piave River, with plans for another twenty-five. A new twenty million Euro winery designed by Armando Guizzo is scheduled to open next year with a capacity for two million bottles per year.

The Piave River, which runs through the Asolo region and enters the sea at Venice, has played a major role in Italian history. The Piave is called “Fiume sacro alla patria” or “sacred river of the homeland” because the Battle of the Piave in June 1918 was the decisive event of World War I on the Italian Front. A young Ernest Hemingway was an ambulance driver there, wounded while delivering cigarettes and chocolate to the front. The events inspired his novel A Farewell to Arms.

Recantina was in the Asolo area well before Napoleon arrived, Giusti told a small group of journalists visiting his estate in March. “When the French established themselves here, the grape was ripped out and then forgotten for centuries,” he said.

Some Recantina vines survived in the vineyards of the Benedictine Abbey of Nervesa, along with other places around Montello. It was reintroduced at the end of last century. “Joe” Giusti was keen to plant this grape soon after he purchased the first vineyard in 2003 but waited a few years because he already had a thriving Prosecco business.

The first Recantina vintage was in 2014. “Our first vintage was a total disaster. The wine smelled dreadful,” Giusti said. “Oh my God,” I thought then, “Napoleon was right when he decided to rip out this grape. This wine is horrible.”

Giusti told winemaker Mirco Pozzobon to pour it down the sink, but Pozzobon convinced him to wait. The wine improved and a year later tasted wonderful. “I’m glad I listened to my winemaker,” Giusti said with a smile.

Pozzobon graduated from university in 1997 and made wine in the Amarone region for a decade. His professor at the University of Verona, Roberto Farrarini, was a winemaker with the great Quintarelli estate. Pozzobon has focused his attention on the Asolo region since 2012 and has been winemaking consultant to Giusti since 2014.

Pozzobon matures the Augusto mainly in 2,500-litre Slavonian oak barrels for twelve to fifteen months, followed by nine more in bottle. It is a return to a traditional method lost with the arrival of stainless-steel tanks. Pozzobon said he also uses a touch of mulberry, chestnut and cherry oak. Mulberry trees were available because their leaves were needed to feed silkworms. Asolo was a major producer of silk prior to World War One, and like the cultivation of Recantina that practice is being resurrected.

Viticulturists at the Conegliano Research Centre have identified three distinct versions of the variety: Recantina a pecolo scuro (dark stalk), Recantina a pecolo rosso (red stalk) and Recantina Forner, the last named for the family farm where the vines were found. The grape has been listed in the official Italian register of varieties, D’Agata said.

“Joe” Giusti said he had spent almost two and a half million Euro restoring the Benedictine Abbey of St. Eustace, built in 1052 but destroyed at the end of World War One. The abbey renovations are precise and a beautiful place to taste wine. In total Giusti is believed to have spent about fifty-two million Euro on the vineyards, winery and abbey.

He admitted he was not making a profit from wine. “Money means nothing to me. Everything comes back, like a form of karma. It was always in my heart to give something back to the community”.

The abbey sits above the main estate at Giusti Wines, surrounded by vineyards. On a nearby hill the Montello Military Ossuary holds the remains of Italian soldiers who died during the Battle of the Piave in June 1918. War and wine remain intertwined in this part of Asolo.